Barrett’s in; selectman race is on 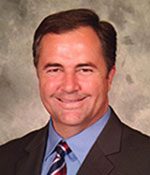 In a surprising turn of events, School Committee Chairman Chris Barrett decided to abandon his run for a second three year term on the school board and pulled papers for selectman. He will be running for a three year term.

Barrett will be facing off against political newcomer Katy Shea, 7 Daventry Court, in the town election on Monday, April 13. The two candidates are looking to succeed Board of Selectmen Chairman Dave Nelson, who decided against running for a second term.

“I have accomplished a lot in the three years I have served on the School Committee,” said Barrett. “I set out to help improve Lynnfield Public Schools so it has the potential to be the number one school system in the state. I think I am leaving Lynnfield Public Schools in a stronger position than when I first joined the School Committee three years ago.”

Barrett highlighted several School Committee accomplishments over the course of the past three years, including hiring Superintendent of Schools Jane Tremblay in Nov. 2013. He said he believes Lynnfield Middle School is headed in a positive direction since LMS has added more teachers, increased instructional time and revamped its schedule. He is also confident Lynnfield High School will continue making gains on the SAT exam and will increase Advanced Placement (AP) participation.

“We have had an active three years on the School Committee and we have made some important decisions such as changing the superintendent,” said Barrett. “I think a lot of the concerns I have raised will be addressed by Jane Tremblay and the School Committee.”

While Barrett has been actively involved with the school system for the past three years, he has prior experience working with municipal government when he served as the director of municipal affairs for former Massachusetts Governor Mitt Romney. He said his experience helping craft the town’s largest budget will be an asset during the budget process.

“I think I can make a positive impact on the Board of Selectmen like I did with the School Committee,” said Barrett. “We have to work towards a common interest for the taxpayers of Lynnfield. I have the proven experience to be an effective selectman.”

Barrett also said he believes he can bring the Board of Selectmen together. He said he worked diligently to help solve parental concerns about the professional development plan unveiled two years ago by working with both parents and school officials to develop a plan that benefits both parties.

“We have weathered some difficult storms on the School Committee, but we have come out of the storms because of my leadership,” said Barrett.

Barrett said he will continue stressing fiscal responsibility if he is elected to the Board of Selectmen.

“I will continue to be dedicated to protecting the best interests of the taxpayers by making sure every dollar is spent wisely and efficiently,” said Barrett. “We have to spend our resources on what is necessary by being fiscally conservative.”

Barrett said he wants to learn more about the concerns that opponents of the proposed rail trail project have and wants to work with MarketStreet neighbors to continue addressing traffic-related issues. He said he understands what the neighbors are currently going through because his home, 38 Fairview Ave., abuts Perley Burrill.

“I consider myself to be a problem solver who can find consensus,” said Barrett.

Barrett is the current assistant principal at Albert N. Parlin School, a K-8 school located in Everett, and is the former dean of students at Everett High School. He is also the vice chairman of the Parish Pastoral Council for the Lynnfield Catholic Collaborative, which includes St. Maria Goretti Parish and Our Lady of the Assumption.