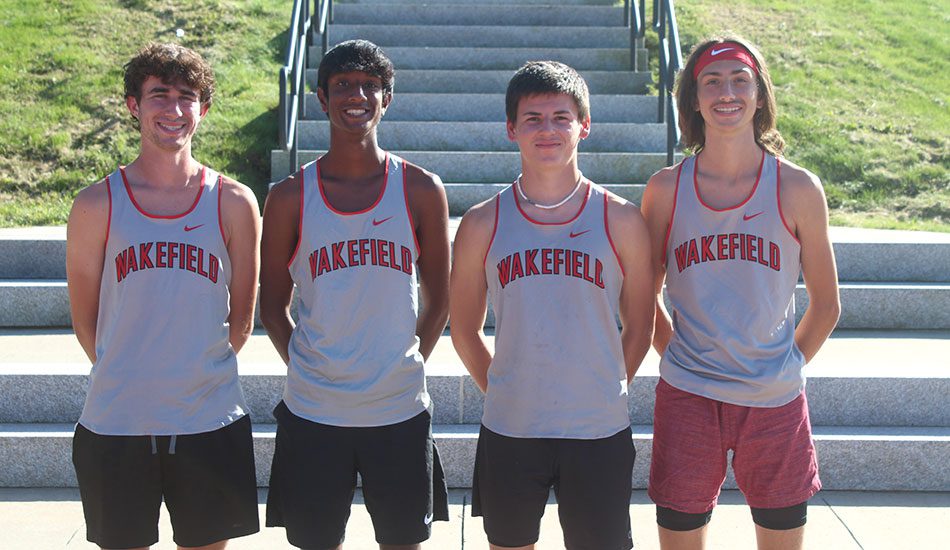 WAKEFIELD — Although the season was vastly different, not much changed for the Wakefield High boys’ cross country team in 2020. The Warriors met every challenge of running in a pandemic and emerged with their fifth consecutive Middlesex League Freedom Division championship, finishing the season undefeated at 4-0.

Wakefield returns plenty of talent and leadership from that team as they set their sights on another league crown and more with the return of postseason state meets this year.

As is the case with programs who have sustained success, the captains will have the opportunity to help the younger Warriors not only achieve team goals, but develop their own leadership qualities.

“They have been learning from the leaders before them since their freshman year,” said Pappas of the captains. “Now is their time to leave their own mark and they have filled the role remarkably well as tremendous leaders.”

Wakefield’s 1-0 start was helped in large part, as always, by their summer training. This year especially, it helped many transition from spring track where multiple COVID rules were still in place to a new, more typical season.

“The athletes have remained focused throughout the entire pandemic and the results from this past spring proved it,” said Pappas.

The trio of Stratton, Roberto and Haridasse placed 1,2,3 in the one mile at the divisional state meet in June and Dowd showed he is one of the best in his own right when he placed 2nd in the two mile in the same meet. The four of them are the top returners in those events next spring and the Warriors are expecting them to transfer that experience to the cross country trails.

“The depth of the rest of the team has been building thanks to the hard work of the boys last year followed by a fantastic summer of work,” said Pappas.

According to Pappas, Jones has been progressing well after an injury that ended his season prematurely after a strong start last spring. Arria and Christie have been performing well after strong summers. Juniors David LoCoco, Matt McCoy and Sam Bangston as well as sophomores Ollie Polster and Robert Brown recorded over 400 miles each over the summer which could put them in a position to break into the varsity ranks.

Junior Marcus Conte and sophomores Joe Patt, William Mezikofsky and Cooper Davis all ran well over 300 miles each over the summer which has greatly contributed to their much improved performances in training this season.

“A few other members of the team also have the potential to make an impact as they improve their fitness during the season,” said Pappas.

Wakefield will have plenty of tough competition to accomplish their goals this season.

“Although it is too early to tell what many of the teams have on their roster, especially at the state level, Burlington and Melrose look to be formidable opponents in the Freedom Division,” said Pappas. “Lexington and Reading have very strong teams returning which will make our goal of winning the Middlesex League Championship a major challenge.”

Despite the obstacles, Pappas believes Wakefield has the talent to make headlines and that multiple Warrior runners have a chance to win the individual league title on any given day this season.

All told, Wakefield will continue to focus on their training as they build up to tough Freedom opponents, the league meet and state meet.

“As for now the focus will be on continuing to build an aerobic base while inserting faster paced training and weight room training into the weekly schedules,” said Papps. “We will seek to win most of our dual meets with pack running while saving the best efforts for a few statewide invitationals and getting sharp for the postseason.

“We won’t take any team lightly and will be prepared for anything during the regular season.”

The Warriors will host Wilmington this Tuesday at 4 p.m.