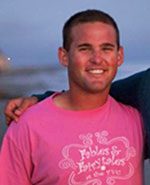 LYNNFIELD — Boys’ tennis head coach Adam Milholland is stepping down at the end of the season.

Milholland took the Pioneers’ coaching job in the winter of 2013. He guided the Pioneers to a 17-24 overall record the past three seasons prior to Monday’s match against Newburyport.

Milholland said he decided to step down as Lynnfield’s head coach because he just received his master’s in education from Gordon College and will be returning home to California.

“It’s a tough decision,” said Milholland. “I am from California and I just miss my friends and family. I really wanted to be there for Danny (Bronshvayg) his senior year but I think I am leaving the team in good shape.”

Before returning to California, Milholland is planning on backpacking through Southeast Asia and will live in Sydney, Australia.

Milholland succeeded former head coach John Harrison, who stepped down unexpectedly in the winter of 2013. He guided the Pioneers to the Division 3 North state tournament his first season at the helm. He also led the locals to the state tournament last year.

The Pioneers have struggled this season as the locals have undertaken a youth movement. Milholland said he will miss coaching the Pioneers immensely.

“I will definitely miss the boys,” said Milholland. “I really enjoyed coaching them. They are a bunch of goofballs and we had a really good time this season.”

Milholland personally thanked the Pioneers’ captains, including current captains Ethan Forrest and Shreyas Kudrimoti, and school officials for the support they have given him the past three years.

Milholland believes the team is in a strong position going forward.

“We have a lot of young talented players,” said Milholland. “There is a lot of buzz in Lynnfield for tennis.”