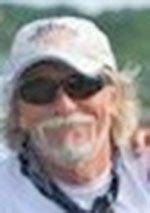 NEWBURY — Charles “Charlie” N. Eicher, 66, a long time resident of Newbury, passed away peacefully Friday morning at Tufts Medical Center after a valiant, 30 year fight with heart disease. Born in East Boston, he was one of nine children of the late James and Marie (Rose) Eicher of Stoneham.

Charlie is survived by his four children: Toby and wife Cristy of Albuquerque, N.M.; James and wife Nicole of North Reading; Amy and husband Derek of Glendale, Calif. and Erik of Malden. He also leaves behind his fiancee, Kate Higgins of Newbury, and her daughter, Sarah Julia LeBlanc of Brooklyn, N.Y. He was “Papa Charlie” to James’ children, Codi and Jake Eicher. Charlie is also survived by his eight siblings (James, Donna, John, Judy, Thomas, Marie, William and Helen) and his many nieces and nephews.

Charlie was a graduate of Stoneham High School class of 1967, where he excelled at track. An electrician by trade, Charlie retired from IBEW Local 103 in 2007. He was a 19–year member of the Elks and a member and former president of the Essex County Sportsmen’s Association. When not working or cracking jokes, Charlie could always be found on the water. From his active childhood summers in Truro, Cape Cod, to his later years relaxing on the Parker River, he was at home on the coast.

Donations in Charlie’s honor can be made to the American Heart Association. A celebration of life is planned for the fall of this year.