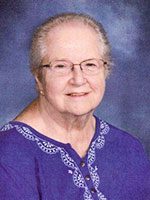 She was born in Everett on Sept. 14, 1939 to Walter and Louise (Berry) McMahon. Claire was raised in Everett and graduated from Everett High School. After high school she began working for Liberty Mutual as an administrator and continued to work there for over 40 years. Outside of work, Claire had many interests. She was a great cook and baker. Claire also enjoyed spending time working on puzzles and crossword puzzles. She was an avid sports fan and rooted hard for her teams. Claire truly loved to travel, over the years she took trips to Ireland, Germany, London, Switzerland and multiple trips to Las Vegas. In 1990, she moved to Dover, N.H. and lived there for the rest of her life.

She is survived by her lifelong friend Carolyn Metcalf of Dover, N.H. She was the beloved sister of Rita L. Whelan of Malden; Stephen P. McMahon of Stoneham; Cathy A. Pagliarulo and her husband Joe of Tewksbury; Kevin P. McMahon and his wife Camille of Melrose and the late Ruth Henderson and John McMahon. She is also survived by 13 nieces and nephews, and 13 great nieces and nephews.