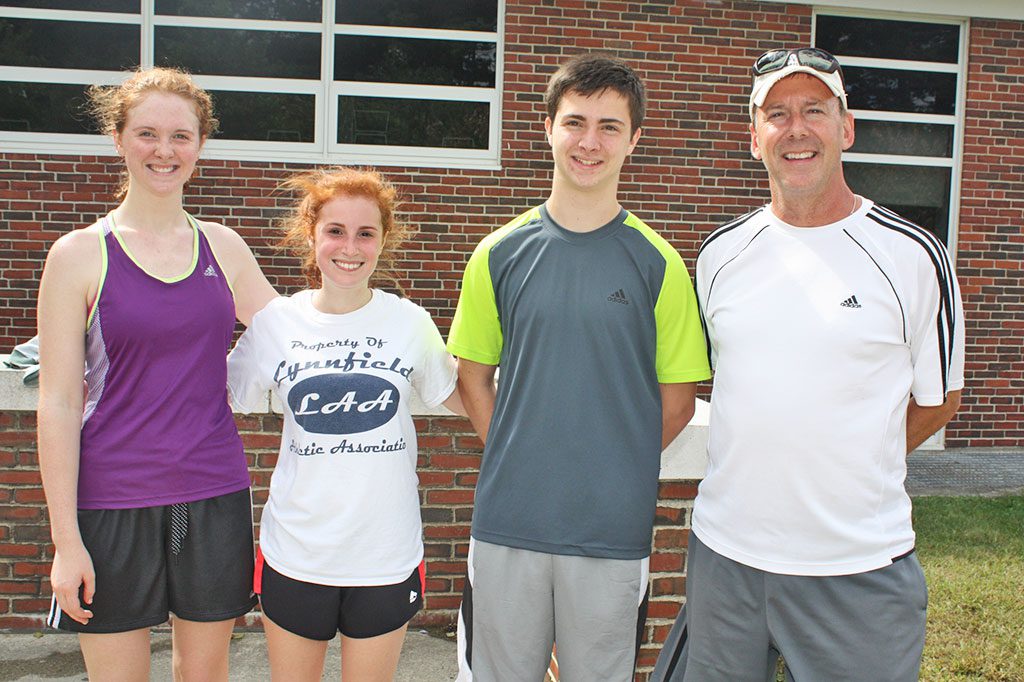 LYNNFIELD — With a strong nucleus of returning runners and promising newcomers, the cross country teams are looking to take a step forward in the competitive Cape Ann League this fall.

“This is our largest team to date with almost 40 girls and 35 boys,” said Pioneers head coach Joe DiBiase. “As usual, we have a terrific group of nice kids, some good young talent and some strong returning runners. We’ll see if we have the depth at the varsity level, as we have many new runners to the sport. We’re hoping that our top runners can mix it up with the best runners in the league. I think we will have some growing pains as we break in some of our new runners. Many of our new kids have never run more than a 1/2 mile before, so this is really a new experience for them.”

Two senior captains will lead the girls’ team this fall, including Marie Norwood.

Senior captain Danielle Collins is one of the most experienced runners on the Pioneers.

“Danielle is a four-year, dedicated runner,” said DiBiase. “She struggled through some injuries the last few years, but looks strong this year. She is a wonderful leader and is terrific with the new runners.”

“Lea is a senior who has run four years and looks to be in great shape,” said DiBiase. “She has been our number two runner in time trials.

DiBiase said juniors Nicole Casaletto, Bella Herook, Ellen Welter and Christina Irrera “should place in our top 10.” He said sophomores Rachel Badger, Eliza Brooks and Julia Borriello are “off to a great start as well.”

Similar to the girls’ team, the boys’ team will be led by two senior captains this fall. The captains are Connor Reardon and Alex Dalelio.

“They both are four season runners and ran a lot over the summer,” said DiBiase. “They are great kids and strong leaders. They are terrific with the new runners as both role models and mentors.”

DiBiase said Reardon is the Pioneers’ “most improved runner” this fall.

“Connor is a solid, dedicated, responsible and a devoted runner who runs many local 5Ks each year,” said DiBiase.

DiBiase said the number of runners on both teams and the runners’ positive outlook are both teams’ biggest strength this season.

“Both teams have good leadership, great attitudes and large numbers,” said DiBiase. “They are a close, hard working group of real nice friends and runners. Many of these kids are honor students and involved in clubs and activities.”

While the Pioneers have high hopes for the fall season, DiBiase said both teams need to continue working hard to get better. He said himself, assistant coach Bill Wallace and volunteer coach Dylan Rizzo are committed to helping both teams improve.

“We are getting stronger as the practices go on and the miles pile up,” said DiBiase. “They will be tested in the big meets where a daily workout is replaced with a real cross country race.”

The Pioneers will compete in a tri-meet against Newburyport and Ipswich on Wednesday, Sept. 16, beginning at 3:30 p.m.