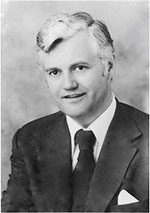 He passed away surrounded by his family on Nov. 1. He was 85.

As a “Freedom Fighter” during the 1956 Hungarian Revolution against the occupying Soviet Union, Dr. Jako organized the ambulance and medical emergency service, after which he was forced to escape the Communist backlash. His former hospital in Budapest, Péterfy Sándor Street Hospital, is now recognized as the “Hospital of the 1956 Revolution” and two historic commemorative plaques attest to his contributions during the revolution, and in 2000 he was recognized for his efforts with a Hungarian Knighthood.

Dr. Jako arrived in Boston in 1957 after crossing the Atlantic Ocean aboard a U.S. Navy Military troop transporter named the U.S. Marine Carp as a refugee. He completed his specialty training in ENT, Head and Neck Surgery at Harvard Medical School and later served on the faculty. In 1962, while at the Massachusetts Eye and Ear Infirmary, he was the first to implant two electrodes into a patient’s cochlear to hear sounds. His pioneering efforts later lead to the development of cochlear implants.

Also in 1962, he developed the first microsurgical instruments for the surgical treatment of the vocal cords and throat cancer. In the same year, he established a private practice in Melrose while continuing to operate in Boston hospitals. At Melrose-Wakefield Hospital he first applied these techniques, which later became recognized as minimally invasive surgery.

In the late-1960s, he moved to Boston University School of Medicine (BU) while also continuing to operate at Melrose-Wakefield Hospital. While at BU, he used the first surgical carbon dioxide (CO2) laser that he and his physicist friend, Dr. Thomas Polanyi†, developed. They used the laser on a number of preclinical experiments. The first successful human use of the laser in surgery, other than that of the eye, occurred in 1971. Dr. Jako and his colleagues, Drs. M. Stuart Strong and Charles Vaughn†, at BU conducted the surgery to treat a patient with a vocal cord tumor. Within a short period of time, Dr. Jako had demonstrated that the laser is suited to the treatment of a wide range of head and neck lesions and he promoted the wider use of lasers in “all” medical disciplines with special emphasis on cancer treatment. He continued to utilize the laser in his international surgical practice with patients from around the world at Melrose-Wakefield Hospital until he retired from surgery in 1995, however he continued practicing medicine in the VA Healthcare System until 2003.

In 1973, he was appointed Professor and Director of Research at BU. He received a Professorship in Biomedical Engineering at Northeastern University in Boston and was Senior Lecturer at the Massachusetts Institute of Technology (MIT) and conducted laser research in the MIT Spectroscopy Laboratory. In the 1970s, he spent two four-year terms in top advisory positions at the National Institutes of Health in Communicative Sciences and General Medical Sciences where he sanctioned matters concerned with biophysics, bioengineering and genetics. He was then involved in matters surrounding the Medical Device Amendments of 1976 where U.S. Food and Drug Administration (FDA) began the regulation of medical devices, at around which time he was the President of the Otolaryngology (ENT) Council.

In 1984, Dr. Jako published the new concept for fusing diagnostic (CT, MRI and Ultrasound) images for improved diagnosis and surgery, referred to today as computer–assisted, image guided surgical planning and therapy. In the late 1980s, in collaboration with his friend Dr. Ferenc A. Jolesz†, widely recognized as “the father of modern day image-guided therapy,” they pioneered and published the new concept of MRI-Guided Interstitial Laser Therapy.

In the 1980s, Dr. Jako was a Founding Member, Past President and Honorary Member of the American Society for Laser Medicine and Surgery. Additionally, he was an honorary and emeritus member of numerous international and domestic medical societies and received several international and domestic awards for advancing his medical specialty and pioneering laser and microsurgery. Of note, he received the prestigious “Hektoen Gold” award from the American Medical Association in 1972 for inventing Laser Surgery, the Semmelweis Memorial Medal awards from his alma mater in 1972 and 1984, the “Special Commendation Award for Advancing Medicine” by the Harvard University Senate in 1995 and the American College of Surgeons recognized his contributions in Laser Surgery as the architect of one of the 50 significant inventions in surgery during the second half of the 20th Century. Dr. Jako is recognized as “the father of laser surgery” and his students, such as Dr. Steven M. Zeitels at Massachusetts General Hospital, have gone on to become some of the top ENT and Laser surgeons in the world.

He was an early supporter and member to the Hungarian Society of Massachusetts with his close friend and former classmate Professor Dr. Károly Balogh. Dr. Jako was elected to the Hungarian Academy of Sciences in 2001. His work, entitled “Hungarian Born Scientists who made the 20th Century”, is exhibited in the Hall of the Hungarian National Museum in Budapest. There he is among two dozen other scientists such as Eotvos, Szentgyorgyi, Teller, von Bekessy and other Nobel Prize Laureates.

Endoscopic laser surgery in ENT became one of the most important treatments for throat cancer in the United States, Europe and globally. It is the minimally invasive treatment for throat cancer that has saved thousands of “voice boxes” annually for three decades, and this continues today. In cooperation with his dentist colleague Dr. Harvey Apotheker, they pioneered Micro and Laser Dentistry. With his physician son, Dr. Ronald von Jako and surgeon colleagues in the U.S., Hungary and Germany, they developed and pioneered surgical instruments for Minimal and Direct Access Surgery in the areas of cardiothoracic surgery, urology, gynecology, general and vascular surgery, orthopedics and spinal surgery. This has been referred to as “Keyhole Surgery.”

In addition to his many contributions to medicine, in 1982, he received White House Advisory Positions appointed by President Ronald Reagan to the National Cancer Advisory Board and in 1990 to the three member President’s Cancer Panel appointed by President George H. W. Bush. Dr. Jako is listed in “Who’s Who in American Politics,” Chairman of American-Hungarian Republican National Federation 1970-1974 (with his theoretical physicist friend Edward Teller as Honorary Chairman). He was elected as “at-large Delegate” for the 1976 Republican National Convention.

Over his career, Dr. Jako generated over 150 publications including textbook chapters and seven U.S. patents relating to Minimally Invasive, Micro and Laser Surgery. His patents were licensed to several companies of which he became an advisor. In addition, there are over 120 surgical instruments bearing his name from several different leading medical device companies. Dr. Jako is especially known for his endoscopic instruments in which he designed, developed and first applied the use of high intensity fiber-optic light cables and source in surgery for microsurgical techniques of the larynx. This is now widely used and helped pave the way for modern endoscopic surgeries. In fact, one of his instruments known as the “Jako – laryngoscope” was mentioned twice in the popular paperback version of “M*A*S*H Goes to Paris.”

Dr. Jako was also an avid philanthropist where he donated medical instruments and assisted in renovating operating suites outside the U.S. He loved the theater, the arts and enjoyed playing tennis, swimming, skiing and vacationing with his family.

He is survived by his loving wife of 50 years Maria M. (Gal) von Jako; his three children; Dr. Ronald A. von Jako of Saugus and his wife Ava, Cynthia M. von Jako of North Reading and her husband Carl F. Taylor, Dr. Christopher R. von Jako of Lynnfield and his wife Sheri; his sister Klara Mertz and brother Ferenc Légrády of Budapest, Hungary. Dr. Jako is also the cherished grandfather of Nolan C. von Jako, Drew J. von Jako, Christian A. von Jako and by many nieces and nephews. Predeceased by his older sister, Irene Esztergalyi, in 1998 of Budapest, Hungary.

Visitation will take place on Sunday, Nov. 8 from 2-5 p.m. followed by a Funeral Service at 5 p.m. at the Gately Funeral Home 79 West Foster St., Melrose.

To best honor Dr. Jako’s memory, it is requested that in lieu of flowers, donations may be made in Dr. Geza J. Jako’s name to the Pulmonary Fibrosis Foundation (https://pulmonaryfibrosis.donorpages.com/tribute/drgezajako/).