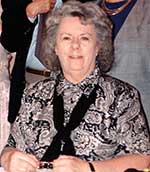 BRIDGEWATER — Dr. Paula M. Vadeboncoeur, 89, a resident of Bridgewater and formerly of Haverhill, died Saturday, July 16, in Melrose after a long illness.

Paula was born in Haverhill on Feb. 14, 1927, one of five children of the late Lucien L. and H. Marion (Dacey) Vadeboncoeur. She was raised in Haverhill, and attended Merrimack College for her undergraduate degree.

Her academic interests included Southern literature such as Welty, Faulkner and Mencken, and the author Elizabeth Taylor. Paula then began teaching at Bridgewater State College and retired from there after a long career. She loved teaching and admired her students and colleagues and spoke of them often after her retirement.

Paula loved and was very devoted to her family. She cared for her mother during an extended illness, traveling to be with her every weekend for many years. She deeply loved her nieces and nephews, and then their children, and helped to create appreciation for reading across the entire family with her many gifts of books.

She was an avid film aficionado, with an extensive Netflix queue and a lifetime of watching great movies and enjoyed discussing and critiquing movies with her family and friends. She was also especially fond of Tom Brady, Tiger Woods, the Kentucky Derby and the Red Sox.

Paula was predeceased by her older sister, Lorna C. Antkowiak and her husband Edward; her brother, James L. Vadeboncoeur, and her brother-in-law, Lawrence L. Swanson.

She is survived by her sister, Diane C. Tremblay and her husband Paul of Jensen Beach, Fa.; her sister, Priscilla M. Swanson of Melrose, and her sister-in-law Lois Branch Vadeboncoeur of Hampton Falls, N.H. She is also survived by many nieces and nephews: Christine, Stephanie, Teddy, Karen, James, John, Gary, Michael, Tom, Jennifer, Mark, Tracy and Laurie, and all of their spouses and children.

Services will be held privately. Interment is at St. Joseph Cemetery, Haverhill. For online tribute visit the guestbook at RobinsonFuneralHome.com.