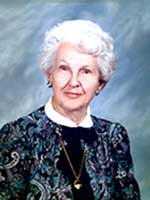 Born in Boston on February 19, 1919, Alice was the daughter of the late Robert A. and Edith A. (Maclachlan) Leon. She was raised in Melrose, where she graduated from Melrose High School. After receiving her bachelor’s degree from Boston University, Alice was married and with her husband Charles, raised a family of four children. Alice’s life was centered around time spent with her husband and selflessly caring for the needs of her family. She was a loving wife, devoted mother, cherished grandmother and loyal friend.

Alice was married to the love of her life and her best friend, who she would do anything for. When Charlie was in Virginia for the military, Alice moved down and worked for the meteorology department during World War II, transferring weather data to maps for the federal government. She later became a Red Cross volunteer.

Alice and Charlie operated several small businesses together. Through an advertisement in Yankee Magazine, they owned a mail order business for several years. They also owned and operated an ice cream truck called “Mr. Softee” with an ice cream route from Belmont and Watertown to Cape Cod. Later on, they became a distributor for automobile brakes for local Melrose garages. Alice was also a dog lover who bred and showed Newfoundland’s with Charlie for several years.

In her free time, Alice enjoyed traveling in their Airstream trailer across the country, and spent many winters with Charlie in Travelers Rest Resort in Dade City, Florida. She along with Charlie enjoyed operating their Ham Radios or spent many years sailing on their boat Tobermory from Salem Harbor.

At home in Melrose, Alice was a longtime, devoted member of the First Congregational Church, where she was a member of Circle 18. She loved to read; was an excellent Yankee cook; and always stayed busy even when on vacation. Alice enjoyed help others; was always available if needed; and had many groups of friends from Florida to Boston. A proud Melrose resident, Alice cherished her home on Florence Street that she lived in most of her life. Most of all, Alice was a sweet, open hearted family centered woman who would do anything to help her family or friends.

Alice was the beloved wife of the late Charles Trainor, with whom she shared 53 years of marriage. She was the devoted mother of Jean E. Kingston and her husband James of Castleton, Vermont; Dr. Charles R. Trainor of Loudonville, New York; Marian T. Knight and her husband Stephen of Nashua, New Hampshire; and John E. Trainor and his wife Robin of Cumberland, Rhode Island. She was the dear sister of the late Robert A. Leon; and sister-in-law of Mary Saraco and her late husband James of Pasadena, California. She was the cherished grandmother of Heather, Jonathan, Jessica, Rebecca, Patricia, Matthew, Courtney, Justin and Kyle. She was the loving great-grandmother of Francesca, Anthony, Amanda, Justin, Amara, Fiona, Xavier, Kevin and Alyssa.

Relatives and friends gathered in honor of Alice during visiting hours at the Robinson Funeral Home, 809 Main St., Melrose on Monday, June 26, and for her Funeral Service at the First Congregational Church, 121 West Foster St., Melrose on Tuesday, June 27. Interment took place in Wyoming Cemetery, Melrose. Gifts in Alice’s memory may be made to a charity of your choice. For directions or online tribute, visit RobinsonFuneralHome.com. 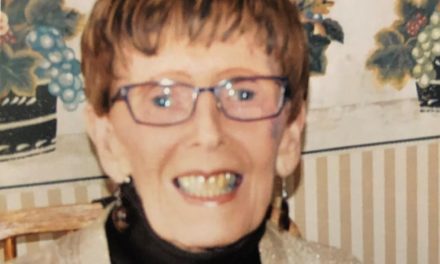 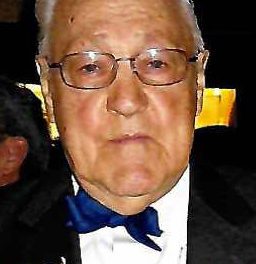