Earn Your Turkey 5K Race has a huge turnout 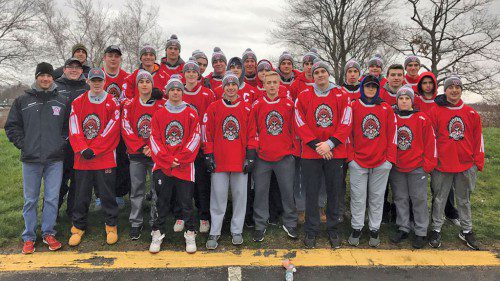 THE WMHS boys’ hockey team volunteered at the seventh annual AMPT “Earn Your Turkey” 5K race last Thursday morning at Lake Quannapowitt. The Warriors helped race officials break down the equipment at the event and handed out T-Shirts to the runners.

WAKEFIELD — The seventh annual AMPT “Earn your Turkey” 5K had a huge turnout on Thanksgiving morning as 805 runners competed and finished the race which was held around Lake Quannapowitt.

There were two new champions crowned as Saugus resident Kevin Powers, 21, won the men’s race with a time of 16:31. Powers beat out Revere resident and former Wakefield resident Jared Geller, 21, who was the runner-up at 16:51.

Also finishing in the top 10 in the men’s race from Wakefield was Ryan Kerrigan, 35, who came in fifth in a time of 17:12. Peabody resident and former Wakefield resident Jerry Sancinito, 35, finished in eighth at 18:29.

There were also male and female winners in a number of age categories.

Gregorowic and Broufas were the the first place finishers in the 20-29 age group, while Haringa and Wakefield’s Erica Ferrell (21:37) were tops in the male and female age categories among 30-39 year olds. 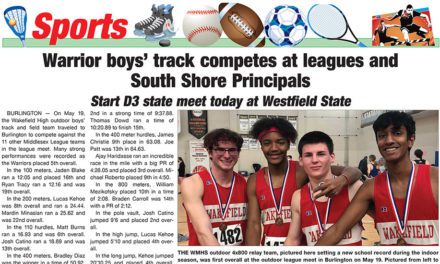 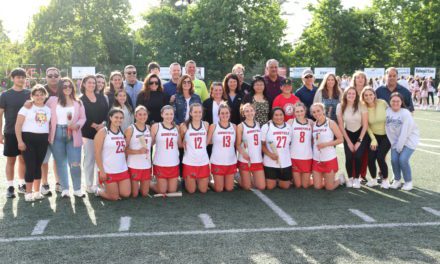 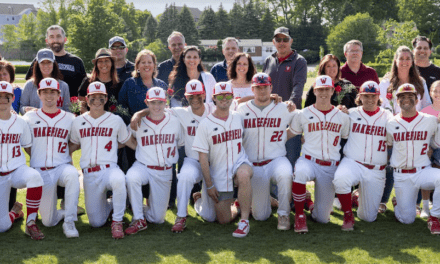