LYNNFIELD — Five members of the Lynnfield High boys’ hockey team made the Cape Ann League All-Stars this winter as the coaches made their selections recently. Two Pioneers made the All-Conference team while three others made the All-Star team.

The two Pioneers to make the CAL All-Conference team were Drew Damiani and Nick Hubbard. It is the first time on the team for both players.

Damiani, a sophomore defenseman, had 12 points with four goals and eight assists.

“He does everything for us,” said Pioneers head coach Jon Gardner. “He logged a lot of minutes for us this year. The way he played, the sky is the limit the next two years.”

Hubbard, a freshman goalie, had a goals-against average of 0.98 and he posted two shutouts.

“He was very impressive, especially for a freshman,” pointed out Gardner. “He kept us in a lot of games because we had some struggles scoring.”

Henehan, a senior captain who played center, had three goals and seven assists to finish with 10 points.

“He was a solid, dependable player who was effective in all three zones,” said Gardner.

Carney led the team in goals with seven and he also added five assists to end up with 12 points.

“He had a huge year,” stated Gardner, about the junior forward. “He really worked hard during the offseason and it showed this year.”

Burke, a junior forward, had 11 points with six goals and five assists.

“He is extremely skilled with the puck,” said Gardner.

Buonopane and DeBenedictis were also co-captains along with Henehan.

“The seniors were a great group of players that will leave a lasting impression,” said Gardner.

Next season, the Pioneers should be one of the league favorites as they will have nearly 20 players back.

“We have a lot of talent coming back so it looks promising,” said Gardner, who just completed his ninth-year as the helm.

Lynnfield lost to Newburyport, 2-0, in the Cape Ann League Kinney division semifinals at the Graf Rink on Feb. 17 to end the year at 6-5-3.

“We played the most games in the state at the public school level,” said Gardner. “The kids did a great job of taking COVID seriously and I am grateful that we were not only able to have a season but a league playoff as well.” 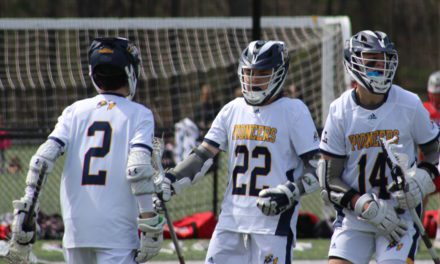 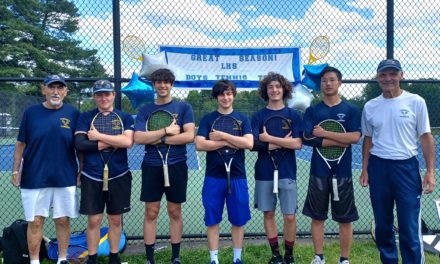 Pioneer netmen make it to state finals at MIT

LAA gearing up for Fourth of July Road Race 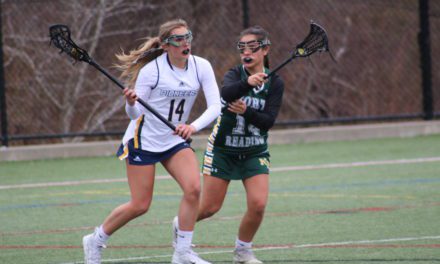