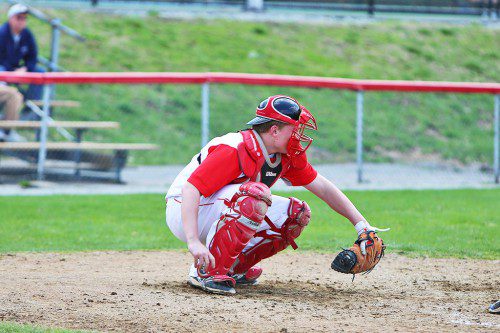 WAKEFIELD — The Middlesex League baseball coaches met recently to make this year’s all-star selections in the Freedom and Liberty divisions.

For the M.L. Freedom division champion Warriors, that meant five all-stars and the league MVP. Wakefield, which won its first league title since 1989, has the most selections of any team in both the Freedom and Liberty divisions.

Melrose and Wilmington were next in the Freedom division with three selections apiece, while Burlington and Watertown each had two players named.

Liberty division champion Lexington led the way with four all-stars in its division. Arlington and Winchester were next with three all-stars each. Belmont and Reading each had two all-stars chosen and Woburn had one. Belmont had the Liberty division MVP as well.