LYNNFIELD — The girls’ soccer team is headed back to the Division 3 state tournament.

“It’s awesome,” said Pioneers head coach Mark Vermont. “Our goal every season is to make the tournament. It’s a great accomplishment for the team.”

The Red Devils jumped out to an early 1-0 lead 10 minutes into the first half.

Captain Ally Sykes tied the game 1-1 after scoring on a penalty kick 21 minutes into the second half.

Freshman forward/midfielder Bella Sykes gave the Pioneers a 2-1 lead after she scored on a header with 13 minutes remaining in the game.

“It was an awesome goal,” said Vermont. “Bella Carroll shot it, the ball went off the crossbar and Bella Sykes headed it in.”

“Ava had a great save in the first half that made sure the game stayed tied 0-0,” said Vermont.

“It was a great team win,” said Vermont. “Burlington is a good team that plays in a tough Middlesex League. The girls fought to the end and kept working hard.” 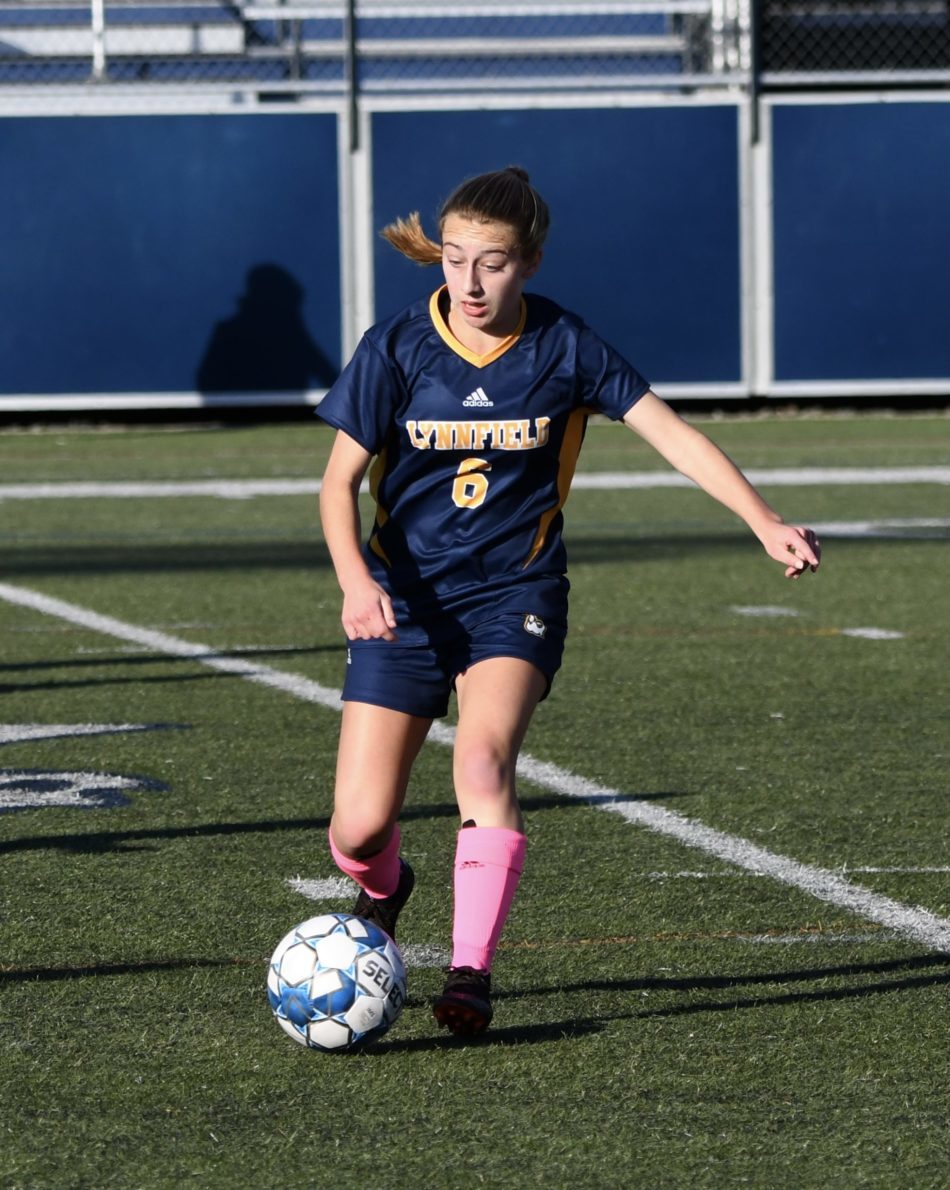 The Pioneers and Hawks were locked in a defensive battle for the majority game. The contest was tied 0-0 at the break.

Sophomore Emma Rose scored the game-winning goal off a corner kick with six minutes remaining in the game. Rose has scored 10 goals this season.

“It was a great goal,” said Vermont.

Gamache had three saves in net against Essex Tech.

“Bella was strong on the ball and made some good runs,” said Vermont.

“We moved Clara to the outside and she was dangerous,” said Vermont.

Vermont commended the Pioneers’ performance against the Hawks.

“Essex Tech is a strong team,” said Vermont. “It was Essex Tech’s Senior Night, and they had a great crowd. The ball bounced our way at the end.”

“Pentucket is a strong, physical and fast team,” said Vermont. “They took it to us right away, but we started playing better and controlled a lot of the play. We just struggled generating scoring opportunities.”

The MIAA released the Division 3 state tournament brackets on Wednesday, Nov. 2, which can be viewed at www.miaa.net.