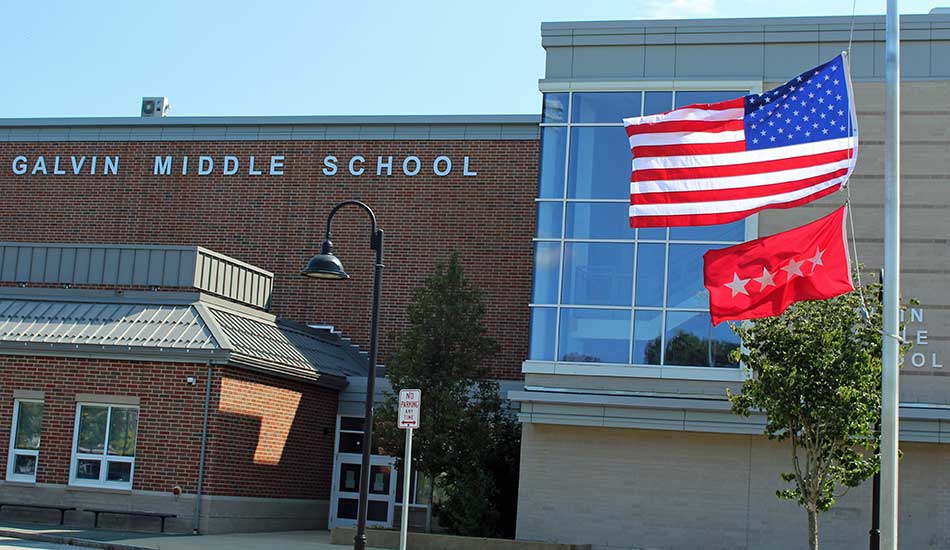 THE AMERICAN FLAG flies in front of the Galvin Middle School along with a flag with four stars, in honor of Wakefield native Gen. John Rogers Galvin, for whom the school is named. Galvin was a four-star general who served as Commander in Chief, United States Southern Command in Panama from 1985 to 1987 and Commander in Chief, United States European Command from 1987 to 1992. (Mark Sardella Photo)