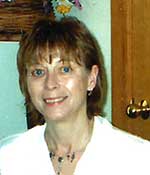 Jayne was born in Wakefield, Mass. on April 26, 1952. She was the daughter of Ashley and Priscilla (Tibbetts) Davidson. She grew up in Wakefield where she received her early education and graduated from Wakefield Memorial High School, class of 1970. She received her associates degree from Greenfield (Mass.) Community College. She furthered her education at Castleton College (Vt.) earning her bachelor’s degree, class of 1973. She had worked as Program Coordinator at Brandon Training School from 1974 until the school’s closing in 1993. She continued working for the State of Vermont at the Department of Social Services. She earned her master’s in Special Education from St. Joseph’s College in 1986. She retired in June of this year, but continued working until November. She enjoyed arts and crafts, oil painting and gardening. She was an avid reader, enjoyed hiking, kayaking, the Boston Red Sox and loved animals.

Surviving is her husband; Richard “Rick” Toman of Goshen; whom she married July 5, 1987 in Middle Granville, N.Y., one son; R. Tyler Davidson-Toman of Ira and a daughter; Emily Davidson-Toman of Durham, N.C., and two sisters; Gaile Fowler of Plymouth, Mass. and Lorna Connelly of Wakefield, two nieces; Regan Fowler and Camryn Fowler Boyington both of Plymouth, Mass. and two nephews; Ashley Connelly of Wakefield and Wesley Connelly of Andover, Mass. Several grand nieces and nephews and cousins also survive her. She was predeceased by her parents and a cherished brother-in-law; William Connelly.

The memorial service “In Celebration of Her Life” will be held on Friday, January 4, 2019, at 11 a.m., at the Brandon Congregational Church. The Rev. William Bartholomew, pastor will officiate. A private graveside committal service and burial will take place, at a later date.

Following the ceremony, the family will receive friends, at the Goshen Town Hall, for a time of remembrance.

Arrangements are under the direction of the Miller & Ketcham Funeral Home in Brandon.