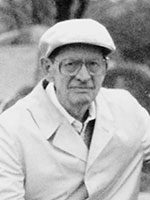 John was born in Camillus, N.Y. on Jan. 28, 1924, the only child of the late Gertrude Showalter Stevens and Erwin Archibald Stevens. He received his undergraduate and master’s degrees in Aeronautical Engineering and Applied Mathematics from the Massachusetts Institute of Technology and served on its faculty staff from 1944-1947. From 1947-1960, he worked for Chance Vought Aircraft (later Ling-Temco-Vought) in Stratford, Conn. and Dallas, Texas. He then moved to AVCO (later Textron) in Wilmington and was employed with them from 1960-1986 in a variety of executive positions, including Corporate VP of the MX Program, VP of Operations, Assistant General Manager and Corporate VP of Technology Development.

John’s career paralleled the development of the aerospace industry. At MIT, he was one of the first engineers to grapple with the dynamics of flutter arising from the forces generated when air passes over airplane wings. This knowledge became increasingly important in aircraft design as aircraft speed increased. At Chance Vought, he applied his knowledge of flutter analysis and testing to make greater speeds possible. He had a crucial role in resolving such problems in the design of the F7U-1 Cutlass Jet aircraft. In addition, he and his team redesigned several aspects of the F7U fighter to make it possible for the plane to handle the rapid descents and sharp ascents required to land on and take off from an aircraft carrier deck — maneuvers necessitating very different design solutions than those for turboprop aircraft. John also directed most of the teams that designed the F-8 (F8U) Crusader carrier-based jet aircraft, which set a world speed record and was the first airplane to cross the continental United States at supersonic speeds. Its pilot on that flight was John Glenn, the future astronaut and United States Senator.

As the Cold War deepened, the focus of defense became more missile-oriented and the aerospace industry redirected its attention to the design of vehicles to withstand both reentry forces and impact with any debris that might be present at the missile’s target area. In various capacities at AVCO, John worked on a number of missile and space design and testing projects, including reentry vehicles, heat shields and guidance systems. These included work on the Minuteman III’s reentry system, the MX intercontinental ballistic missile’s reentry vehicle and the ablative heat shield for NASA’s Apollo program.

John wed Anna McClelland in 1948 and they were married for 51 years until her death in 1999. He is survived by his three daughters and their husbands — Susanna and Joel Hamme of Falls Church, Va.; Amy and John Saar of Shelburne, Vt. and Barbara and Lance Weinberg of Poway, Calif. He also leaves six grandchildren.

John was an avid golfer for much of his life and deeply devoted to learning and education, especially in science and mathematics. Each of his grandchildren benefited from his financial assistance in attending college or graduate school. During his retirement, John read extensively and took numerous courses at the Osher Lifelong Learning Institute, continuing to apply his mind to current national problems that could benefit from scientific analysis.

Private services will be held at a later date to be determined. In lieu of flowers, memorial contributions may be made to the National Math and Science Initiative (www.nms.org ) or a charity of your choice.