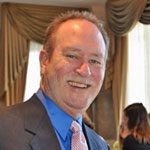 Educator was also a lobsterman

John was born in Cambridge on July 29, 1947 to the late John and Anna (Burns) Fitzgerald. He was raised in Cambridge and graduated from Matignon High School, Class of 1965. He went on to graduate from Salem State College with a teaching degree and received his master’s in Education from UMass Boston (formerly Boston State).

“Mr. Fitz” worked as a biology teacher at Medford High School for 35 years. While attending school and during some of his teaching career he worked a second job as a lobsterman for Hook Lobster in Boston and Hines & Smart in East Boston.

Later on in his career he worked as a night manager at Johnnie’s Foodmaster in Melrose.

After his retirement he moved to Bonita Springs, Fla. where he lived for three years and worked for a seafood restaurant introducing delicious lobster rolls to his customers primarily due to his connections with the lobster industry in Boston.

“Fitz” was an avid Boston sports fan, loved the beach, traveling and playing poker with friends. He was also an avid golfer, a former member of the Mount Hood Golf Club in Melrose and a member of the Massachusetts Teachers Association.

Most of all he enjoyed spending time with family and friends.

Burial will be private.

In lieu of flowers memorial contributions may be made to the John J. Fitzgerald Memorial Fund for the Medford High School Science Department, c/o Brookline Bank, 856 Mass. Ave., Arlington MA 02476.