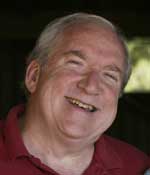 WAKEFIELD — John Joseph Wall Jr., 73, died in his home in Wakefield surrounded by his family on Oct. 26 due to complications from brain cancer.

Mr. Wall was born on April 12, 1942 in Oak Park, Ill. He graduated from St. Procopius High School in 1960 and went on to receive a bachelor’s degree in History from Loyola University in Chicago.

In 1965, Mr. Wall entered the Peace Corps and began a three year assignment in Maimana, Afghanistan. It was in Afghanistan that he met and married fellow volunteer, Ada (Creech) Wall. Upon returning to the United States after completing his volunteer work with the Peace Corps, Mr. Wall received his master’s in Education from New York University in 1970 and then took a teaching position in Shiraz, Iran, where he taught for two years.

He returned to the U. S. in 1973 and worked as an ESL teacher in the Chicago public school system. In 1974 Mr. Wall accepted a position with Raytheon Service Company and moved his family to Tehran, Iran, where they remained until 1978, when they were relocated to El Paso, Texas. In 1980 he was again transferred by Raytheon to the Boston area, and chose to settle his family in Wakefield.

An avid lover of history, Mr. Wall quickly found Wakefield to be a town that fed his passion for knowledge of the past. He was an active member of the Wakefield Historical Society for over 20 years.

He also enjoyed contributing to his community and was a member of the Wakefield Center Neighborhood Association for over 25 years.

He had numerous collections of various historic artifacts and was expertly knowledgeable about most of them. Many thought of him as a brilliant man, for he knew so much about so many things but for him it was simply a love of the history.

Aside from his intelligence, Mr. Wall was known by many for his wonderful sense of humor. He loved to laugh.

A memorial service will be held to celebrate the life of Mr. Wall on Saturday, Nov. 7, at 10:30 a.m. at the Unitarian Universalist Church, 326 Main St., Wakefield.