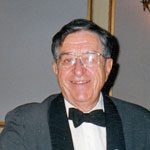 DANVERS — John S. “Jack” Greelish, 88, passed away at the Kaplan Family Hospice House in Danvers after a brief illness on September 8.

John was born and raised in Melrose, the son of the late John and Margaret (Sullivan) Greelish.

He graduated from St. Mary’s Grammar School and from Malden Catholic High School, Class of 1944. Immediately after graduation he joined the U.S. Coast Guard and served his country with pride during World War II.

In his younger high school years Jackie worked for DeCoste Landscaping Company of Melrose for several years and continued his loved of gardening and landscaping throughout his life.

During the early 1950s John owned and operated Johnny’s Lunch on Union Street in Lynn. After that he began his long career in the hospitality industry working as a bartender at the Park Plaza Hotel in Boston for 29 years, retiring in 2010.

Mr. Greelish was a member of the VFW Harold O. Young Post #2394 in Melrose, the Knights of Columbus in Nahant, the Labor Guild of Boston and was a member of Local 26 Bartenders & Restaurant Association Union.

Jack was an avid Boston sports fan, was very proud of his Irish heritage, loved the trip he took to visit Ireland and enjoyed his trips to Florida.

Mr. Greelish loved politics, was a proud member of the Democratic Party and was a former Saugus Town Meeting member.

Jack was the loving partner of 37 years to Patricia (Bourgeois) Paquette. He was the devoted father of Stephen Greelish and his wife Doreen of Lowell, Sheila Sullivan of Salem, NH and Susanne Greelish of Watertown. He was the beloved grandfather of Gavin of Florida and the late Patrick. Caring brother of James Greelish of NH, Kevin Greelish and his wife Suzanne of Topsfield and the late Mary Foley, Eileen Butt, Joseph Greelish, Thomas Greelish and Barbara O’Brien. He is also survived by many dear nieces, nephews, cousins and friends.

The funeral will be from the Gately Funeral Home, 79 W. Foster St., Melrose, on Saturday, Sept. 13, at 9 a.m., followed by a Mass of Christian Burial at St. Mary’s Church, Herbert Street, Melrose, at 10 a.m. Relatives and friends are respectfully invited to attend.

Visiting hours at the funeral home on Friday from 4 p.m. to 8 p.m. Interment with military honors at Puritan Lawn Cemetery in Peabody. To send a message of condolence please visit www.gatelyfh.com.