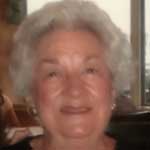 REVERE — Katherine “Kay” Plemenos, a resident of Revere, and formerly longtime of Everett, passed away peacefully at the Prospect House in Revere surrounded by members of her family and friends on Friday, Oct. 21, at age 86.

Katherine was born in Chelsea on June 2, 1930, one of two children of the late Anastasios and Aphrodite (Vergados) Plemenos. Raised in Everett, Kay graduated from Everett High School. Upon graduation, she began a 40 year working career as a professional secretary in the accounting industry. She was originally employed by the Harry Kessler Accounting Firm, which later became Suttenberg & Co., and finally as Ernst & Young. Her dedication and hard work ultimately led to her position as an executive secretary for several CEOs at Ernst and Young.

In addition to her professional life, Kay enjoyed traveling throughout the United States and abroad with her dear longtime friends. She was also a selfless family oriented woman who served as a loving caretaker for her mother for several years.

Kay was a member and faithfully attended services at the Annunciation of the Virgin Mary Greek Orthodox Church in Woburn for many years. She will be best remembered by all who knew and loved her for loyal friendship, boundless generosity, feisty spirit and keen sense of humor.