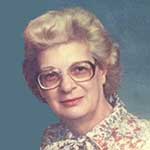 SAUGUS — Kathleen A. (Scolles) DiPinto, a resident of Saugus, formerly of Somerville, passed away peacefully at Life Care Center of Stoneham, on Saturday, June 11, at age 91.

Kathleen was born in Somerville on Aug. 13, 1924, one of three children of the late Julia (Marotta) and Anthony Scolles. Raised and educated in Somerville, she graduated from Somerville High School. She resided in Somerville with her husband the late Anthony DiPinto until after his death when she moved to Saugus with her family. Mrs. DiPinto worked as a secretary for many years.

Kathleen was a traditional Italian mother who took her role seriously. She was a doting mother, loving and caring for her two children and tending to her grandchildren.

She loved to cook, and was devoted to her faith and her church. She was a longtime parishioner at Immaculate Conception Church in North Cambridge and was involved with the Ladies Sodality, Altar Guild and organized the CCD program.

Kathleen enjoyed weekends in New Hampshire with family and other parishioners. When her daughter was at Matignon High School, she served on the Mother’s Guild. More than anything, she was a caring, nurturing mom who was always willing to help, especially with her children and grandchildren. She will be lovingly remembered by all who knew her.

Kathleen was the beloved wife of the late Anthony DiPinto with whom she shared nearly 50 years of marriage. She was the devoted mother of Richard DiPinto and his wife Cheryl of Somers, Conn. and Donna Cucuzza and her husband Joseph of Saugus. She was the loving sister of the late Anthony “Bobby” Scolles and his surviving wife Mary of Cotuit and the late Dolores Riordan and her late husband Jimmy. She was the dear sister-in-law of Lee Bettinelli of Waltham, Anna White of Framingham, Lorraine DiPinto of Medford and the late James DiPinto, Augustine DiPinto, Salvatore DiPinto and Ralph DiPinto. She was the cherished grandmother of Anders, Karin, Anthony, Adriana, Joseph and Kevin. She is also survived by many nieces and nephews.

Relatives and friends gathered in honor and remembrance of Kathleen’s life at the Robinson Funeral Home, 809 Main St., Melrose on Wednesday, June 15 from 4-8 p.m., and again on Thursday at 9 a.m. before leaving in procession to Most Blessed Sacrament Church, 1155 Main St., Wakefield for her funeral Mass celebrated at 10 a.m. Interment at Mass. National Cemetery, Bourne.