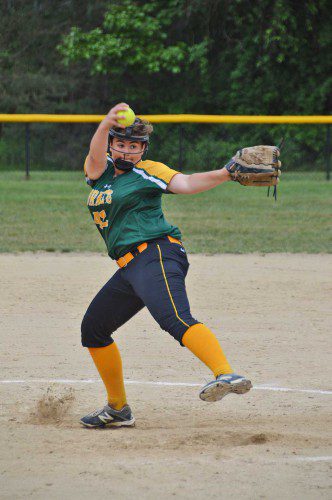 NORTH READING – The Lady Hornets won their first game in the MIAA softball tournament since 2011, a 4 to 1 domination of the Hamilton-Wenham Generals, on Friday at the Little School field.

Junior Julia Perrone threw a complete game gem against the Generals, giving up just three hits while striking out nine on 107 pitches – 65 percent of which were for strikes. Perrone also went 2 for 3 at the plate, including a double in the third inning that scored a run.

Perrone was in control of the H-W hitters throughout of the game, allowing only one run in the top of the sixth when the first three batters reached on two singles and a walk. She got out of that jam thanks to some flashy Hornet defense that caught a General in a rundown between second and third for the first out. Perrone then induced the next two batters to fly out – the first to center field and the second on a liner to second base player Carly Swartz.

That narrowed to score to 3 to 1 and could have given the Generals some hope entering the seventh, except the Hornets came back in the bottom of the sixth to make it 4 to 1 when Swartz singled home an insurance run.

Perrone wriggled out of a jam in the second inning when the first two H-W batters walked and then singled, leaving runners at second and third. Perrone then bore down and struck out the next three batters and struck out the side in the fourth inning.

The 18–4 No. 2 seed Hornets advance to the tournament quarter-finals on Tuesday, June 7, taking on No. 7 seed Swampscott. 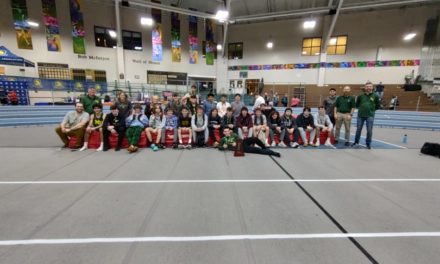