WAKEFIELD — Lillian M. Farrell, 79, a lifelong Wakefield resident, died on Friday, May 1 at the Massachusetts General Hospital in Boston.

Born in Stoneham on June 30, 1935, she was the daughter of the late Edward and Margaret (Ferrick) Mitchell.

Mrs. Farrell was a graduate of Wakefield High School, Class of 1952. She was a retired property manager for Newbury Reality Company in Boston.

Mrs. Farrell is survived by her husband John V. Farrell; her daughter Amy Farrell Cook of Wakefield; two stepdaughters, Jean Young and her husband Richard of Oakland, Maine and Kathy Kenneally and her husband Joseph of Carver; her niece Caryl Price of Wakefield and her nephew Dennis Shaw of Revere. She is also survived by seven grandchildren and several great-grandchildren. Mrs. Farrell was predeceased by her sister Annabelle Shaw.

Her funeral will be held from the McDonald Funeral Home, 19 Yale Ave., Wakefield on Thursday at 9 a.m. followed by a funeral Mass in the Most Blessed Sacrament Church, 1155 Main St., Wakefield at 10 a.m. Visitation for relatives and friends will be held at the funeral home on Wednesday from 4 to 8 p.m. Interment will be held at Forest Glade Cemetery in Wakefield. 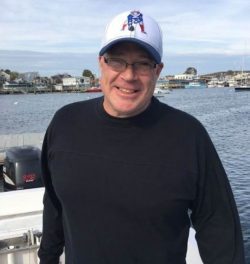