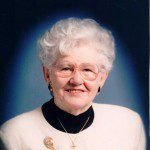 WAKEFIELD — Loretta J. (Connolly) Sullivan, RN, a resident of Wakefield for over 50 years, entered into eternal life on Saturday, March 21, at Aberjona Nursing Center in Winchester following an extended illness. She was 91 years old.

Loretta was born in Malden on Dec. 31, 1923, a daughter of the late Michael J. and Mary (Walsh) Connolly. She grew up in Melrose where she was educated in St. Mary Parochial School and graduated from St. Mary High School.

Loretta received her Nursing degree from St. John’s Nursing School in Lowell, which began her long career in nursing spanning over the following 60 years of her life. Loretta worked as a Registered Nurse at Malden Hospital, The Bedford Veterans Administration Hospital and the City of Melrose Public Schools.

Loretta’s greatest pride in her nursing career was when she worked as a visiting nurse for the Melrose Visiting Nurses’ Association and was able to care for the many people who needed care in their homes.

Loretta was the beloved wife of the late Donald M. Sullivan. She was the devoted mother of Donald Sullivan and his wife Phyllis of Wakefield, Ellen Stark and her husband Marty of Westford, Kathryn Sullivan of Saugus and Kevin Sullivan and his wife Louise of Gulfport, Miss. She was the loving grandmother to Tara Esfahanian, Kevin Sullivan, Joanna Lopez, Paula Tivey, Laura Stark, Gregory Stark and also her five great-grandchildren. She was the beloved sister of the late Evelyn MacIntyre, Rita O’Leary, Mary Gaudreau, Gerard Connolly, Joseph Connolly, Francis Connolly and James Connolly. She is also survived by many nieces and nephews.

Relatives and friends are invited to attend Loretta’s funeral on Thursday, March 26, at 9 a.m. from The Carr Funeral Home, 1159 Main St., Wakefield/Melrose line, followed by her funeral Mass in the Most Blessed Sacrament Church, 1155 Main St., Wakefield at 10 a.m.

Her burial will be at Wyoming Cemetery in Melrose.

Visiting hours will be on Wednesday, March 25, from 4 to 8 p.m. in the funeral home.

To send a message of condolence, please visit www.CarrFuneral.com.