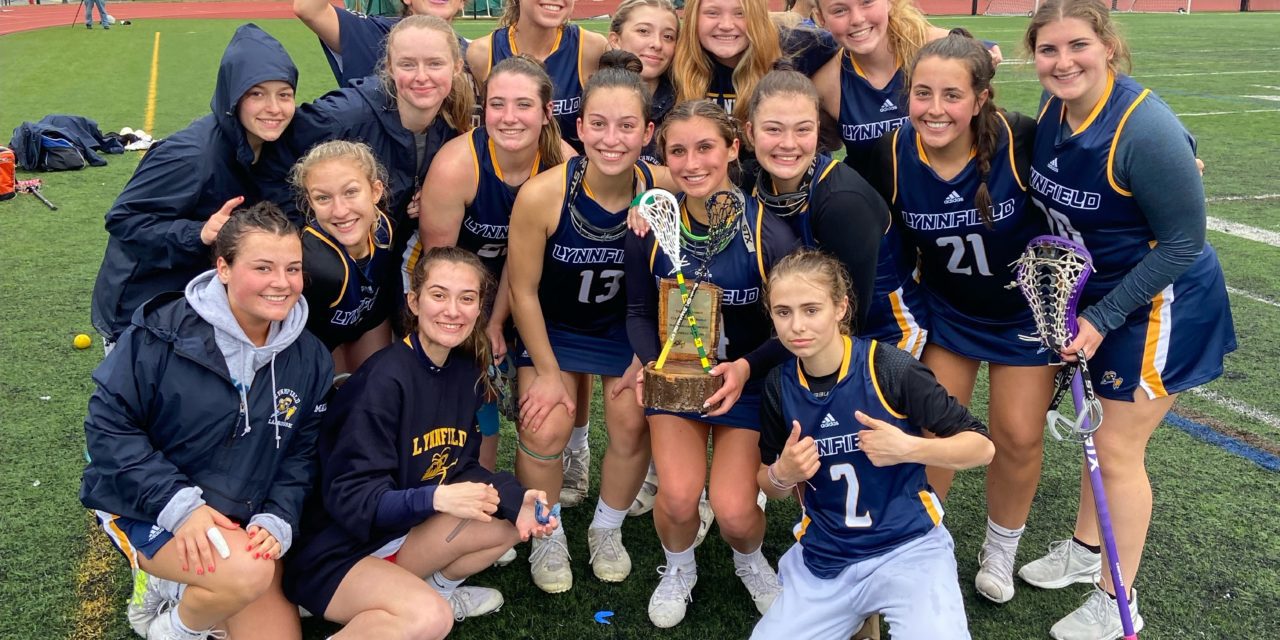 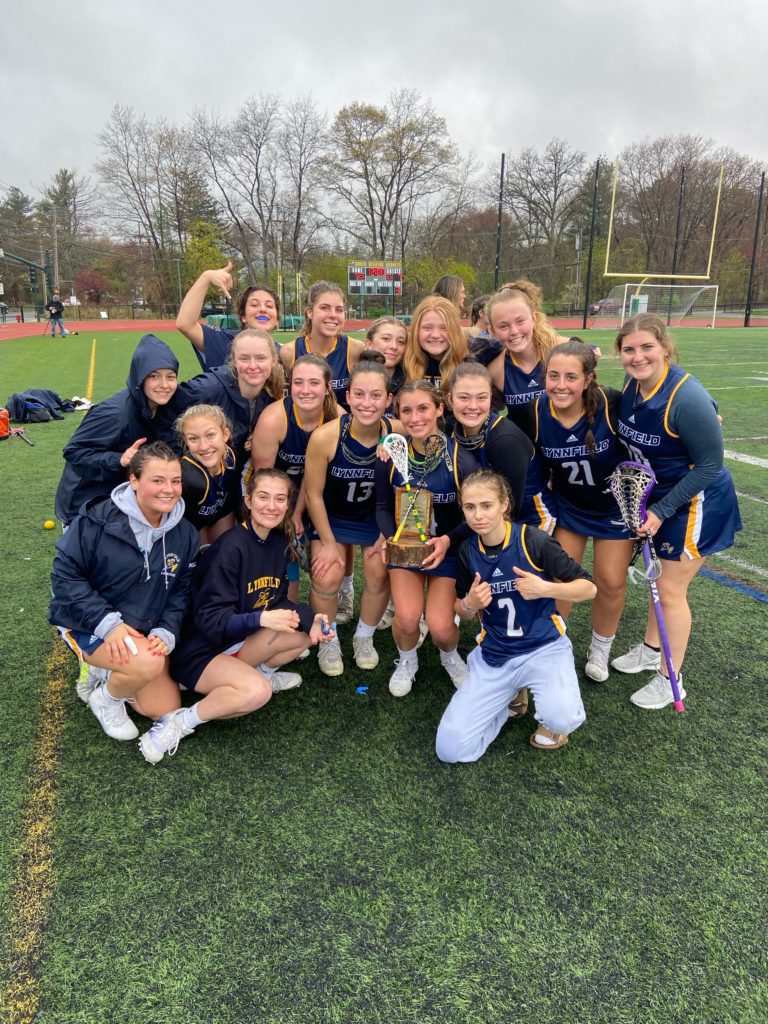 THE LHS girls’ lacrosse team celebrates their win over North Reading on May 4 as they brought home the Sampson-Pepe trophy for good this season. The Pioneers are ranked 21st in the latest Div. 4 rankings. (LHS Girls’ Lacrosse Photo)

BYFIELD — In a night game in Byfield at Triton Regional on Monday, the Lynnfield High girls’ lacrosse team fell by a final score of 12-5. The Vikings swept the season series as they won the first meeting, 18-9, back on April 11.

The Pioneers record dipped to 3-9 overall and 1-7 in the Cape Ann League with the loss while Triton improved to 7-8 overall and 4-7 in the CAL.

“It was a frustrating game,” admitted Pioneers head coach Christina Serra. “I thought the officiating was very one-sided and nothing like I have seen so far.”

Sarah Powers led the Pioneer attack with two goals and two assist while senior co-captain, Anna Kaminski, had one goal and one assist.

Taylor Valiton and Chloe Considine had the two other LHS goals.

Lynnfield goalie Sarah DeGennero, made eight saves as her record fell to 3-9.

“They are a good team that outplayed us,” said Serra.

Valiton had four goals while Kaminski had one goal and one assist. Power had two helpers and one goal while Considine and Natalie Connell both scored once.

DeGennero made 11 stops in this game.

On May 23, Lynnfield goes to Wilmington for a non-league staring at 4 p.m. The Pioneers beat the Wildcats, 11-7, back on April 25 as they are going for the season sweep.

The good news for the team is that, entering this week, they are the 21st seed in the MIAA power rankings in Division 4. The top 32 schools automatically qualify for the state tournament regardless of record.

Playing in the tough CAL helps the Pioneers with the new playoff system.