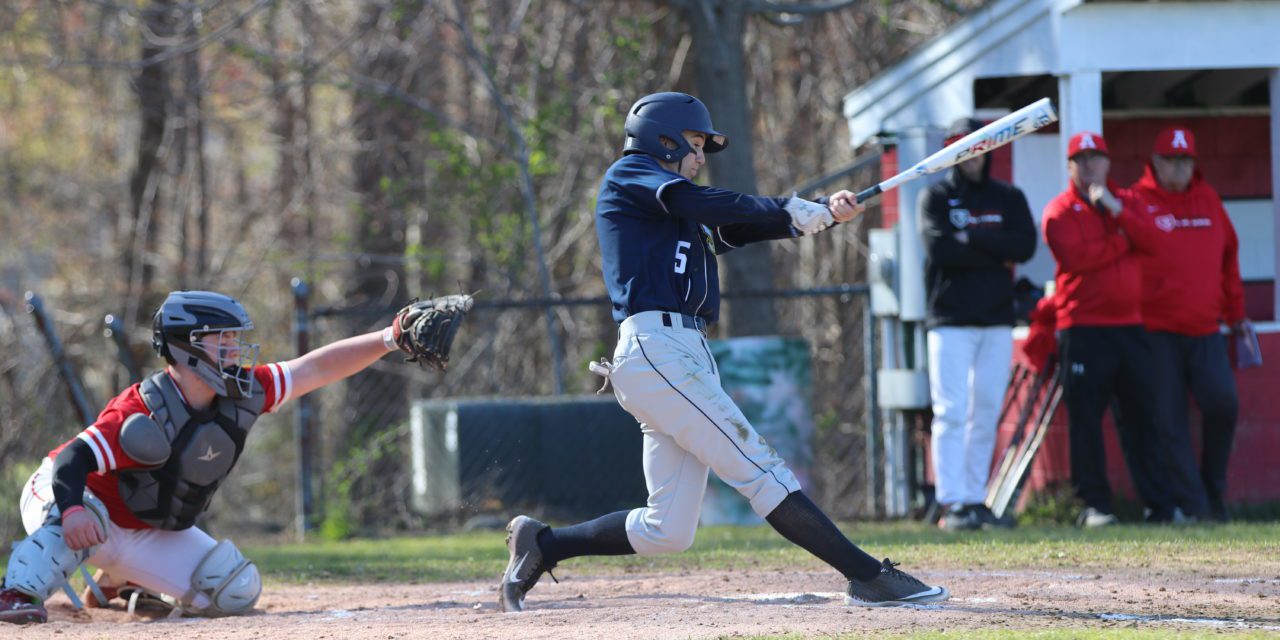 LYNNFIELD — The Lynnfield High baseball team picked up two huge victories over Cape Ann League opponents on Thursday against Amesbury (10-8 final) and on Saturday against Pentucket (7-5).

With those back-to-back wins, Lynnfield improved to 3-6 overall and 2-3 in the CAL.

The Pioneers looked destined for their fifth consecutive loss, trailing 8-6 in the top of the 7th in Amesbury but Lynnfield battled back with four runs in the inning to steal a 10-8 win. Junior Nick Razzaboni had the biggest knock in the frame with an RBI double.

Lynnfield rode the momentum of that win into a Saturday morning tilt against an always tough Pentucket squad. The Pioneers were able to hold on in that one as well with a 7-5 victory.

Lynnfield had a huge matchup on the road against rival North Reading on Tuesday after press time. They host Hamilton-Wenham on Thursday at 3:45 p.m.