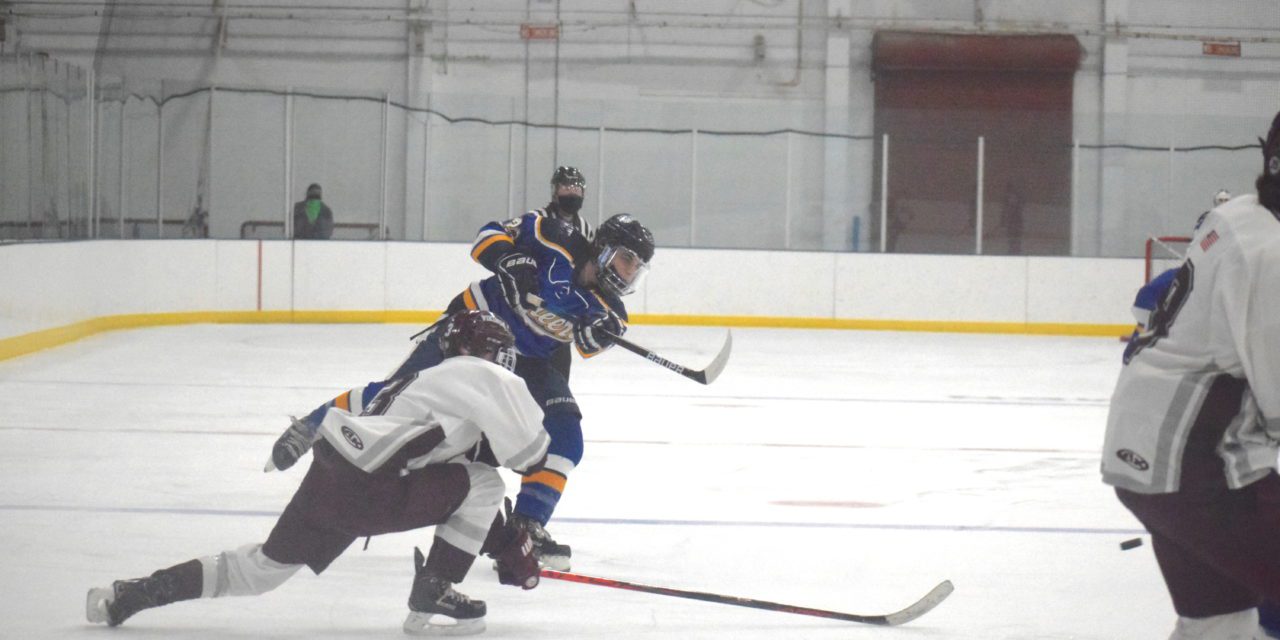 HAMILTON — Last Saturday evening, the Lynnfield High boys’ hockey team rolled over host Hamilton-Wenham, 5-1, at the Pingree Schools. With that victory, the Pioneers improved to 6-1 overall and 5-0 in the Cape Ann League.

The Generals, meanwhile, fell to 3-3.

Leading 1-0 after the first period, the Pioneers erupted for four goals in the second period to take a commanding 5-0 advantage going into the third.

“The second period seems to be our period this year,” said Lynnfield head coach Jon Gardner.

In the second, fellow senior co-captain Chase Carney scored the next three goals to record his second hat trick of the season. Drew Damiani and Aiden Burke both assisted on the first one which was on the power play.

The second one was unassisted and the third one was assisted by Will Steadmen.

“Chase continues to have the hot hand and he works well with his linemates,” said Gardner, about the team’s top scorer.

Dylan Damiani had the final goal of the second assisted by Tim Sullivan and Evan Rocha.

The Generals avoided the shutout when Lucas Hunt scored on the power play in the third.

Lynnfield outshot Hamilton-Wenham 35-11 as Pioneer goalie Phinneas Mitchener made 10 stops. He is now 5-1 in net.

On Jan. 5, the Pioneers knocked off host Newburyport 6-2 at the Graf Rink.

“We got off to a good start and were able to expand the lead in the second period,” said Gardner, whose squad led 3-0 after the first and 6-0 after the second.

Just 1:49 into the game, Carney scored assisted by Drew Damiani and Jake Connell. About a half a minute later, Steadmen made it 2-0 assisted by Burke.

Tyler Scoppettuolo had the third goal with 5:30 left and that tally was unassisted.

In the second, Carney scored on the power-play 1:17 in as Drew Damiani and Burke both assisted. Only 17 seconds later, it was 5-0 as freshman Will Norton scored his first-career goal assisted by Nick Lucich.

With 8:48 remaining in the second, Scoppettuolo lit the lamp again as he scored on the power play assisted by Drew Damiani and Burke.

The Clippers scored a pair of goals in the third to make the final look more respectable.

Mitchener had 15 saves as the Pioneers outshot the Clippers on net 26-17.

On Jan. 12, the Pioneers go to the Kasabuski Rink in Saugus to take on host North Reading. Face-off for that game is at 7:40 p.m.

Lynnfield then hosts Pentucket on Saturday afternoon at 12 p.m. at McVann-O’Keefe Rink in Peabody.

On Dr. Martin Luther King Jr. Day, the Pioneers play a non-league game against host Westwood at 2 p.m. That game will take place at the Canton Rink.