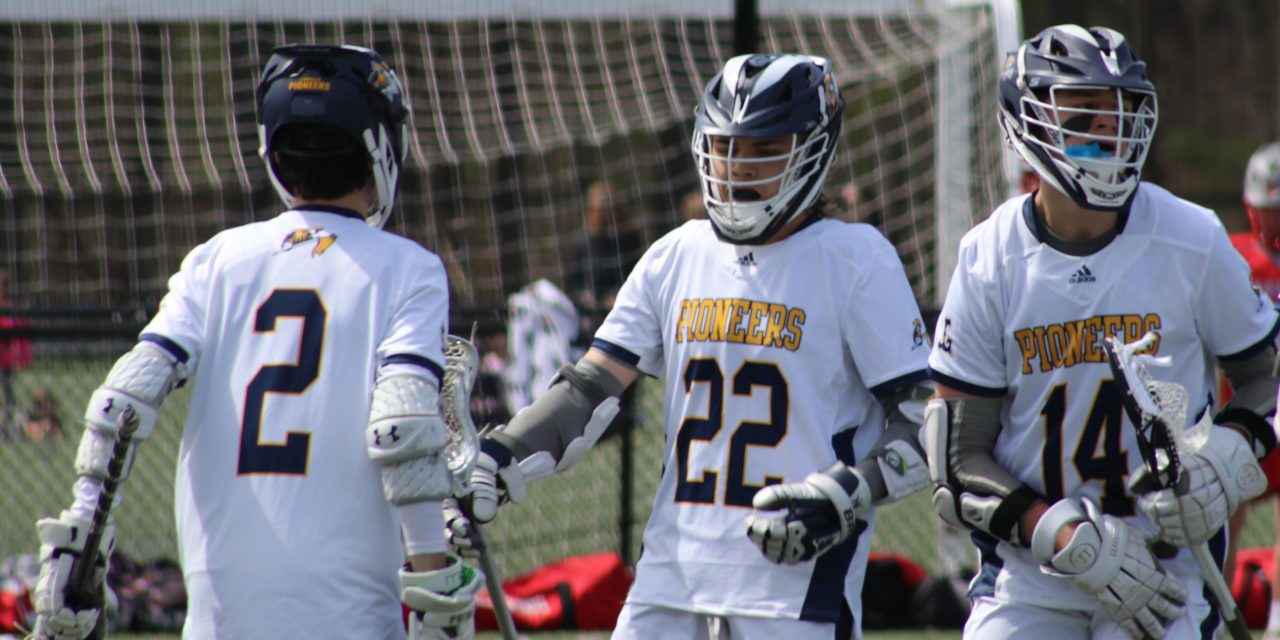 WILL STEADMAN (22) had a goal and an assist in Lynnfield’s final game against Wahconah in the state quarterfinals. Also pictured is Will Norton (2) who scored two goals and Jack Calichman (14) who had five assists. (File Photo)

DALTON — The playoff road for the Lynnfield High boys’ lacrosse team came to an end on June 14 as the Pioneers lost at Wahconah Regional, 22-7, in the Division 4 state tournament quarterfinals out in Dalton.

With that defeat, the 6th-seeded Pioneers ended the year at 16-5. Meanwhile, 3rd-seeded Wahconah went on to edge Cohasset, 13-12, in overtime in the semifinals to improve to 20-1 and will take on Sandwich on June 22 5 p.m. at Worcester State for the Div. 4 state title.

“They have a significant amount of offensive talent,” said Pioneers head coach Pat Lamusta. “Their goalie is strong and they have a solid defense.”

The Warriors were in control from the start as they led 5-1 after the first quarter and 10-4 at the half. They extended the lead to 14-4 after the third.

“Penalties stifled our momentum at certain points in the game, especially in that second quarter,” admitted Lamusta.

Devin Lampron had a monster game for the host with eight goals and three assists. Cadem Padelford also had a big day with seven points as he had three goals and four assists.

Jonah Smith and  Billy O’Neill both recorded hat tricks while Jonathan Howard had two goals and one assist.

“They have a bunch of kids that can score,” pointed out Lamusta.

For the Pioneers, Drew Damiani led the team in goals with three while Jack Calichman had a team-high five assists. Will Norton scored twice while Will Steadman had one goal and one assist.

Janssen Sperling had the other goal.

Pioneer netminder, Ben Pimentel, made 10 saves to finish his freshman season at 16-5.