Pioneer netmen make it to state finals at MIT 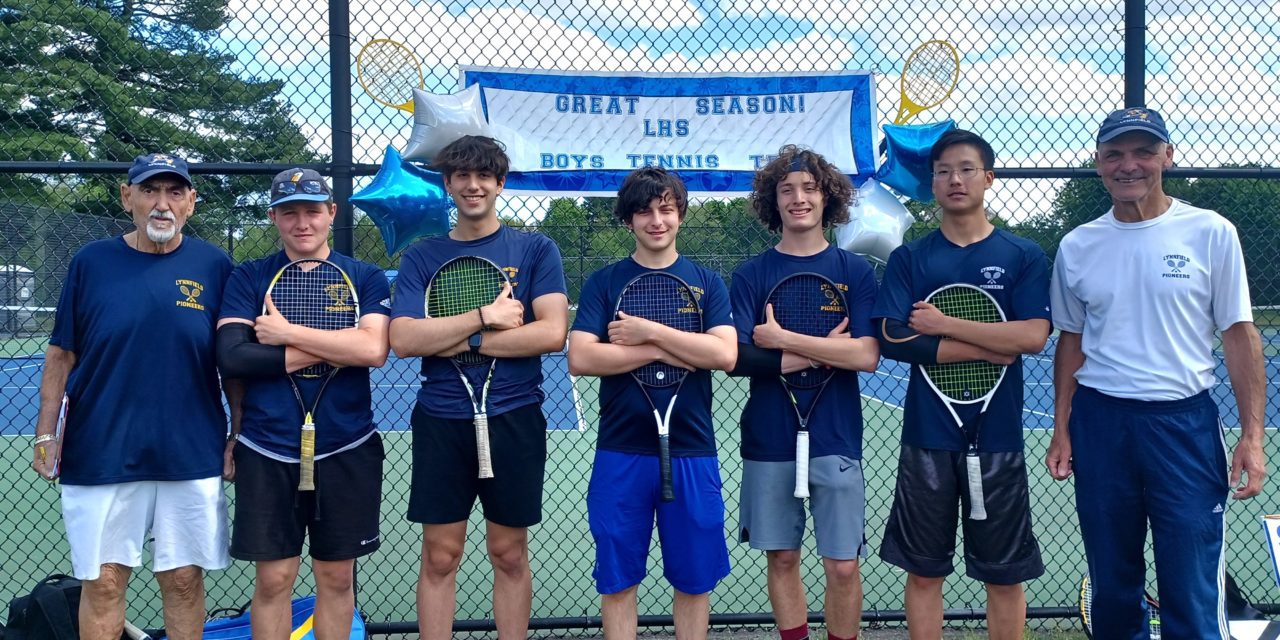 Last Saturday afternoon, the two schools met again, this time for the Division 4 state title as both teams were dropped a division by the MIAA last summer.

Again, Weston came out on top shutting out the Pioneers, 5-0, at the DuPont Tennis Courts on the campus of MIT in Cambridge on an unseasonably cool, windy day.

The top-seeded Wildcats, a team out of the Dual County League, ended the year at 19-1. Meanwhile, the 2nd-seeded Pioneers finished at 19-2 as they had their 19-match winning streak snapped.

At first singles, Harrison Luba lost to Ben Gilligan, 6-2, 6-2, as that win gave the Wildcats the match making it 3-0 at that point.

In doubles action, the first team of Dave Kasdon and Rafik Khodr lost to Max Ding and Magnus Starrett, 6-3, 6-1. The second pair of Jason Yang and Russell Kasdon fell to Alexander Ko and  Zunian Luo, in three sets, 6-0, 2-6, 7-5.

“They are a strong team and they had just a little more talent than we did,” said Pioneers head coach Joe Dunn. “Our guys played hard.”

In the semifinal match on June 15, the Pioneers shut out 6th-seeded Cohasset, 5-0, at Newton North High School.

“It was much closer than the final score indicated,” pointed out Dunn. “They have some good players over there and the only easier win came at third singles.”