LYNNFIELD — Tensions between the Historical Commission and Historical Society continued to escalate during last week’s Select Board meeting.

After Historical Commission Chairman Kirk Mansfield gave an overview of how the interior of the Pope-Richard Lynnfield Historical Centre is going to get cleaned up and painted this spring, Society President Linda Gillion and her husband, Society Treasurer Bob Gillon, interrupted the meeting as the Select Board was about to approve the project.

Select Board Chairman Chris Barrett refused to recognize the couple.

“We are not taking public comment right now,” said Barrett. “Neither of you are recognized.”

“I am going to file a complaint,” he said.

The society’s treasurer did not indicate where the complaint would be filed.

The Select Board refused to acknowledge either of the Gillons because the town has suspended its relationship with the Historical Society due to its 501(c)(3) nonprofit status being revoked on Sept. 15, 2011. Society officials did not file a Form 990-series return form for three consecutive years, which is required by law. The Historical Society has applied for an expedited reinstatement of its 501(c)(3).

Linda Gillon stated in a Letter to the Editor appearing in this week’s Villager that the society’s “dispute” with the town goes “way beyond” the 501(c)(3) status lapsing.

“This is a retaliatory vendetta waged by a particular town official,” stated Gillon. “We have faithfully supported the Meeting House for over 61 years as well as the Historical Centre for 17 years.  We contributed untold hours of selfless volunteerism, and financial support which saved the town hundreds of thousands of dollars.  Yet, we have been summarily stripped of access to our artifacts and the care and maintenance of the Meeting House as well as the Historical Centre.

“The society as a whole, as well as individual members, have been the victims of character assassination, their reputations attacked with lies and distorted facts,” Gillon continued. “The Lynnfield Historical Society is proud of their many contributions to the town of Lynnfield. We have nothing to hide, and will not be deterred or sidetracked from our mission.”

Before Bob Gillon’s outburst, Mansfield gave the Select Board an overview of the Pope-Richard Lynnfield Historical Centre’s interior renovation project.

“The goal is to clean, repair and repaint the interior of the Pope-Richard Lynnfield Historical Centre,” said Mansfield. “We have chosen Donald R. Ross and Son, which is a local painter. The cost of that is a little over $9,000, which will be paid for by the Historical Commission’s existing budget.”

Mansfield said the Historical Centre’s ceilings, doors, trim, walls and windows will be scraped, repaired and painted. He noted that some of the ceilings have water damage.

“Benjamin Moore Paint is going to be used,” said Mansfield. “The painters will also be painting the exterior of the kitchen cabinets.”

In order to prepare for the paint job, Mansfield said the commission will be photographing historic items inside the building.

“We are going to make sure all of the historic items are photographed where they are placed,” said Mansfield. “I have been working with former Historical Society President Nan Hockenbury, who is going to help us carefully wrap these items and put them in sturdy boxes. The plan with Donald Ross and Son is to move all of the filing cabinets into the center of each room. We are also going to put everything on top of tables in the rooms. We will be putting a heavy duty cloth, vinyl or plastic material over them to make sure everything is unharmed.”

Mansfield said non-historical items that cannot fit into the rooms such as stacking chairs and tables will be moved over to the Meeting House for “a day or two.”

“When everything is said and done, we will thoroughly clean the house, make sure the floors are done and the windows are washed,” said Mansfield. “Everything will be restored, which is why we are taking pictures and are making sure everything is the way it was left.”

Mansfield said he asked Hockenbury to work with the commission as part of the interior renovation project because she served as the Historical Society’s president for a number of years.

“Nan is educated in historical preservation,” said Mansfield. “She is the main force who set the house up and did the inventory. She has not been involved in many years, but you are not going to find anybody in this town who has as much knowledge and passion about the contents inside that house than Nan. That is why we asked her to work with us.”

Mansfield said the project will take place either before or after the DPW repairs the exterior of the Historical Centre.

He also noted that Historical Commission member Steve Todisco is donating a new sign for the building.

In response to a question from Select Board member Phil Crawford, Mansfield said only a few items will be moved over to the Meeting House.

“If we do have to move items over there, we will probably put down a heavy-duty cloth on the floor because the floors were recently done and they look beautiful,” said Mansfield.

“We don’t want to do anything that is going to scratch them.”

Crawford expressed his support for the interior renovation project.

“It will be nice to have the place cleaned up so we can make it useful,” said Crawford. 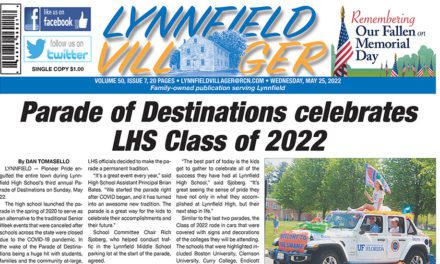 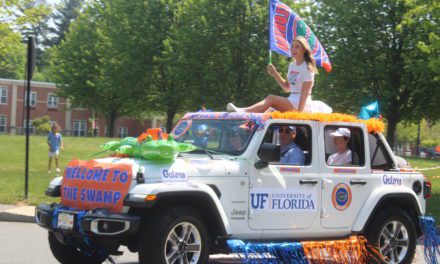 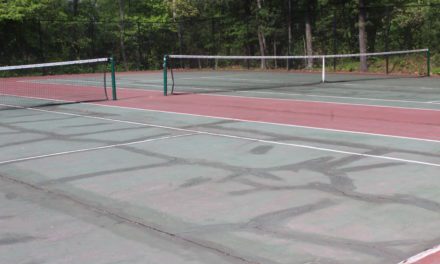