A Night of Hope returns Sunday 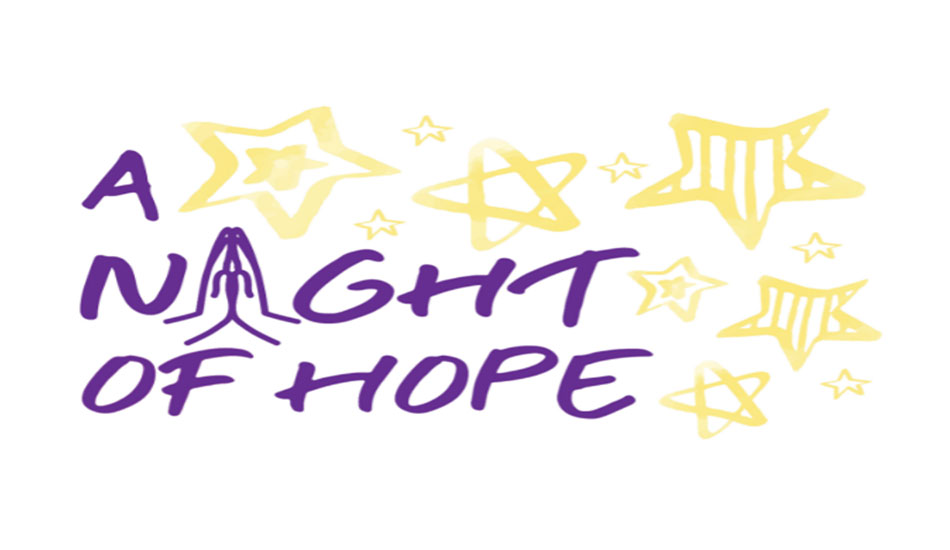 LYNNFIELD — The fourth annual A Night of Hope will take place on Sunday, Sept. 18 at Lynnfield Middle School, beginning at 6 p.m.

A Healthy Lynnfield and the Think of Michael Foundation are hosting the walk and ceremony once again in observance of National Recovery Month. A Healthy Lynnfield is a community partnership that aims to empower residents to make positive choices every day by working together in order to prevent substance misuse, to improve the quality of life for those impacted, and to support programs that help all young people thrive.

“National Recovery Month is a time to recognize those who have fought hard for their lives, their happiness and their health; those who have just begun their journeys, those who have been on the path for many years and those ready to make a change in their lives,” said A Healthy Lynnfield/Select Board Chairman Phil Crawford. “It truly is A Night of Hope. Lynnfield has always been the kind of community that comes together to provide support where and when it’s needed. A Night of Hope is just that. It’s a night in which families, friends, neighbors and our youth come together to support those on their path to recovery.”

The Dalton and Cook families formed the Think of Michael Foundation in honor of their son and brother, Michael, who passed away from an opiate overdose in January 2018. The foundation helps individuals and families battling substance use disorder (SUD) by creating effective change where change is needed.

“The purpose of A Night of Hope is to bring the community together and supports people suffering from this insidious disease and their families,” said Think of Michael President Carmela Dalton. “Our goal is to help people and hopefully save someone’s life. We are incredibly thankful for the community’s support.”

Similar to previous years, A Night of Hope will begin at 6 p.m. when attendees will walk from Lynnfield Middle School to the Town Common for the ceremony.

“We hope that A Night of Hope will raise awareness, promote recovery, erase the stigma and will continue to provide hope and support for those in recovery and their families,” said Carmela. “For those families who have lost a loved one to substance use disorder, we offer our love and prayers.”

Carmela said A Night of Hope will feature two special guest speakers who were selected because of their ability to connect with teenagers and young adults. She said the woman who will be speaking will be sharing a story “that is really impressive.”

“She is a young woman who is doing well now,” said Carmela. “She is a survivor who has her own photography studio, is working at a recovery center and is working toward becoming a nurse. She will be graduating in the spring.”

“She is a senior manager at the nonprofit organization she works for,” said Dick. “She is very well-respected and she is a great success story. A Night of Hope is meant to give hope to people struggling with substance use disorder and their families, and having people like her speak helps people realize recovery is possible.”

Dick said a man in recovery will also be speaking at A Night of Hope.

“He is in recovery and is committed to helping people,” said Dick. “He knows how to engage young people in an entertaining way.”

The tradition of lighting electronic purple votive candles in remembrance and hope for all those impacted by substance use will continue. A member of the Lynnfield Clergy Association will be giving a closing blessing.

“I work in a small boutique,” said Carmela. “A Lynnfield mother recently told me that she was sorry for our family’s loss, but she said, ‘I have to tell you, the work you are doing is amazing.’ She has a son who was in the wrong crowd, but he survived. Unfortunately, a lot of his friends passed away.”

“After we walked in, she told us that we had something in common,” said Carmela. “She said her son passed away, but his issue was related to alcohol.”

Dick, who is also a member of the Select Board, has heard similar stories.

“We hear it more and more,” said Dick. “I called someone about an issue they were having in their neighborhood. And while I was talking with the woman, she shared with me that she lost her daughter two years ago. A lot of people appreciate we are getting the word out and substance use is being talked about. Hopefully that will eliminate the stigma.”

Dick noted that 70 percent of the sober house scholarships the Think of Michael Foundation has awarded to recipients have been given to people suffering from alcoholism.

“While everyone focuses on drug abuse, alcohol is also ruining many lives, careers and marriages,” said Dick.

“We have had student-athletes wear their jerseys to A Night of Hope in the past,” said Dick. “I think that makes it a great community event. We are hoping to have a great showing, and, most importantly, we want to have young people there. We hope that young people realize that one mistake can end up being a fatal mistake. We hope adults keep that in mind as well.”

After Michael passed away four-and-a-half years ago, Carmela said her grandchildren’s friends were touched by their family’s loss and rallied around them. She said A Night of Hope will seek to teach the community’s young people that “there are consequences if people make the wrong mistake.”