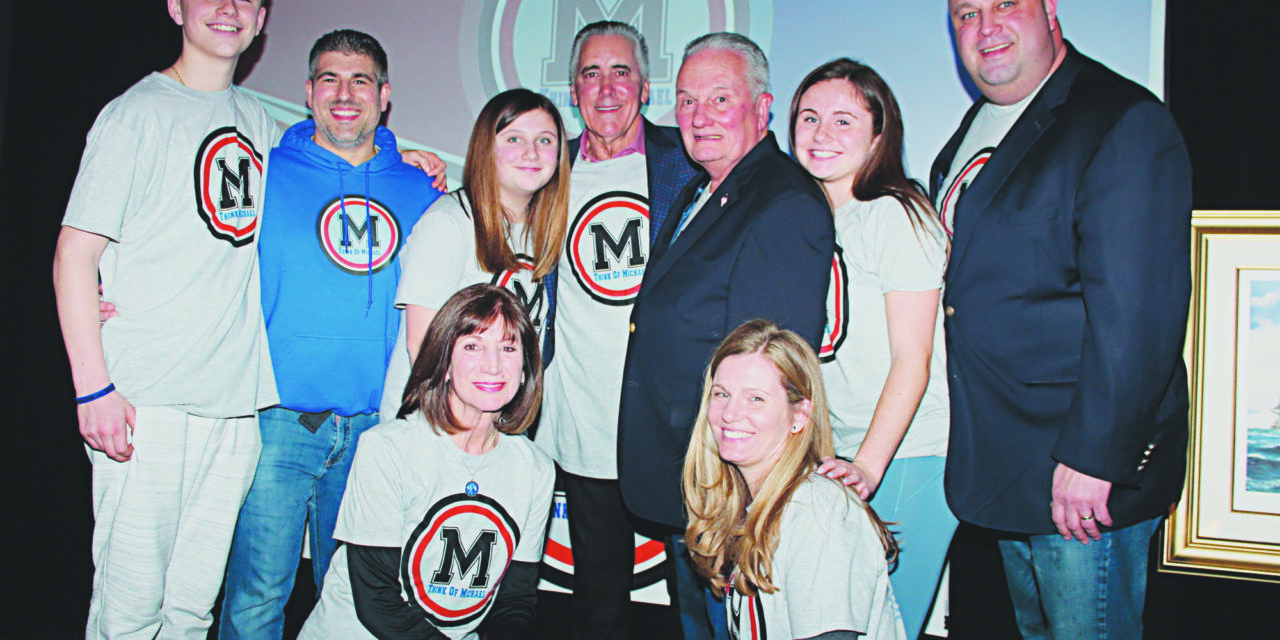 After a two-year hiatus, the Think of Michael Foundation is hosting its third annual Trivia Night fundraiser at the Breakaway in Danvers on Thursday, May 26, beginning at 6:30 p.m.

Select Board member Dick Dalton and his family formed the Think of Michael Foundation in honor of the late Michael Dalton, who passed away from an opioid overdose in January 2018. Trivia Night’s proceeds will be used to fund scholarships that allow people in recovery to stay at a sober house.

“We are so excited about Trivia Night coming back,” said Think of Michael President Carmela Dalton. “It’s electrifying. We are always looking at new ideas and trying to find ways to improve Trivia Night. We are looking forward to it.”

Dick, who is Think of Michael’s treasurer, agreed.

“It’s great to have it back,” said Dick. “Breakaway is the perfect place to have this type of event because there is so much room. We are going to take advantage of Breakaway’s patio since we are not holding Trivia Night in January.”

In order to help people in recovery, Think of Michael has partnered with a network of clinicians and recovery coaches who refer people to the foundation if the individual wants to continue their recovery in a sober house.

“That is followed up by a letter from the individual in which they share with us their background and why they think that a stay at a sober house will be beneficial to them,” said Carmela. “The cost per month for a sober house typically ranges between $600 and $900. The people we have been helping are so appreciative of our work. It makes it worth while.”

Similar to the first two fundraisers, Trivia Night will once again feature a buffet dinner, cash bar, raffle items, and silent and live auctions as well as trivia.

“We have a lot of great raffle items and some terrific auction items,” said Dick.

KISS 108 FM “Matty in the Morning” co-host Billy Costa will be serving as the special guest auctioneer once again. He previously served as the auctioneer for the January 2020 Trivia Night.

“The live auction is always great, especially with Billy leading it,” said Dick. “He is so good with what he does. He did a great job with the auction two years ago.”

Carmela concurred with her husband’s sentiment.

While Dick said people can participate in the trivia portion of the fundraiser, he also said people who are not interested in playing trivia can come and socialize.

“To me, it’s the social event of the year,” said Dick. “There will be several hundred people gathered together, most of whom are from Lynnfield.”

Dick said there will be a number of live and silent auction items to bid on during the event. He said Davio’s Northern Italian Steakhouse has agreed to donate a special dinner.

“The dinner at Davio’s has always been popular,” said Dick.

Carmela noted that the Steadman family has donated a charter boat fishing trip.

“It’s going to be a really nice trip,” said Carmela. “The trip will include appetizers, drinks and a whole day of fun. We really appreciate the Steadman family’s support.”

Carmela is donating a lobster dinner that will be catered in the Meeting House.

Dick noted that the lobster dinner will feature servers and bartenders.

“Bringing Louis and Brian together was a great idea,” said Carmela.

Dick said golf trips will be auctioned off once again. If parents want to give their children a break from taking the bus to school, Dick said they can bid on the Fire Department’s auction item that entails having firefighters bring children to school on a fire engine.

“There was a pretty big bidding competition for that auction item two years ago,” said Dick.

Dick also noted that the Police Department will be offering a “surprise auction” item.

Dick also said the foundation will be announcing the two recipients of the Michael Dalton Making a Difference Award.

“We have two wonderful recipients this year,” said Dick. “They go out of their way to help people day in and day out. They are well known in the addiction community.”

Dick said there are a variety of sponsors of the third annual Trivia Night, including the North Suffolk Mental Health Association. He said NSMHA is going to be a Premier sponsor.

“Our son Jamie works for them,” said Dick. “They do wonderful work.”

While Think of Michael has not been able to host Trivia Night for over two years due to the COVID-19 pandemic, the foundation has continued helping people who have substance use disorder.

“We had to cancel Trivia Night last year and we had to postpone this year’s event to May 26,” said Dick. “We have been able to keep going throughout that entire time because friends, family and strangers, without any solicitation, have donated money to Think of Michael. We have had members of our church send in $25 checks. It has been pretty moving to know that people recognize the good work that we are doing.”

Carmela recalled that the foundation’s mission has become well known in the commonwealth over the past four years.

“All of our board members have been amazed by the reception they get when they walk into places to get donations,” said Carmela. “One of our board members ended up crying in the arms of one of the people she got a donation from. Everyone is touched by this insidious disease.”