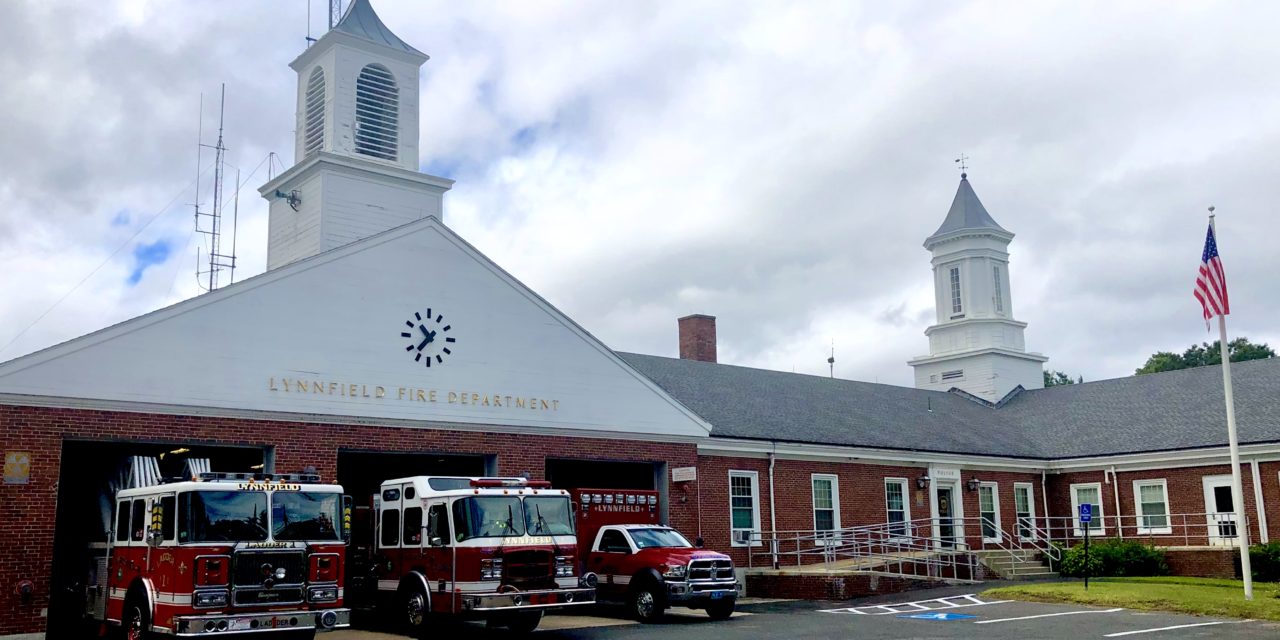 SPRING TOWN MEETING will be asked to approve allocating $3.85 million to hire an architect for the $41.25 million public safety building and Town Hall renovation and expansion project.

LYNNFIELD — Spring Town Meeting will be asked to take the first step toward overhauling the town’s public safety buildings and Town Hall on Monday, May 16.

Article 12 will ask Town Meeting to appropriate $3.85 million to hire an architect to develop plans to address the aging public safety buildings and renovate Town Hall. A quorum of 150 voters is needed for Town Meeting to conduct the community’s business.

“It’s an important Town Meeting,” said Town Administrator Rob Dolan in a recent “Town Talk” episode. “We are going to be asking the town to fund design costs to advance this important project. The Strategic Planning Committee looked at facilities throughout the town. After the elementary schools’ expansion project that is just about complete, the public safety facilities were deemed to be inadequate in almost every way.”

DiGiorgio Associates, Inc. undertook a feasibility study that recommended a two-part program be undertaken to modernize and upgrade all three public safety buildings as well as Town Hall. All four buildings were constructed in the 1960s.

The first component of the $41.25 million project involves renovating and expanding the Police Station, Fire Headquarters and Town Hall. The renovation and expansion component of the project entails building additions in front of both public safety buildings as well as a separate addition behind all three buildings.

DiGiorgio Associates, Inc. and Building Inspector Joe O’Callaghan recently determined that both public safety buildings and Town Hall are one building because all three facilities are connected. As a result, the project has to make both stations and Town Hall compliant with the Americans with Disabilities Act.

Additionally, a new Fire Headquarters would be built next to the existing South Fire Station on Salem Street.

According to the proposed plan’s timeline, the new Fire Headquarters would be built first. Afterwards, police officers and firefighters will be relocated from the Police Station and current Fire Headquarters to both Salem Street stations while the existing public safety complex and Town Hall gets renovated and expanded.

Dolan said the project will not result in a tax increase because the $41.25 million will replace the debt expiring from the Reedy Meadow Golf Course purchase and the school projects from the early 2000s.

Patrolman James Caponigro noted that police officers have to use a back stairwell in order to bring prisoners into the station.

“Our stairwell is two levels and has a turn,” said Caponigro. “There is also a security key door that requires us to step in front of the prisoner, and it takes two men to get the prisoner upstairs. If that prisoner were fighting or was highly intoxicated, it could be very dangerous situation.”

Dolan said he was “shocked” after learning how police officers bring prisoners into the station.

“If a prisoner made a violent move, someone could get significantly hurt,” said Dolan. “First and foremost, we want to protect our officers. But if you put cuffs on someone, you are responsible for their safety. That is a significant responsibility too. If a prisoner makes one bad move, a police officer could fall down the stairs and it could be the end of their career. That is absolutely unacceptable.”

Police Capt. Chris DeCarlo also noted that the Police Station does not have a “designated space for interrogations or interviews.”

“We have a conference room,” said DeCarlo. “It doesn’t provide the space that we need to calm somebody down or talk to somebody who has been through a traumatic event. And if the conference room is being used, we have to find another space to do what needs to be done. It can be difficult.”

Police Chief Nick Secatore informed the Villager in an email that the “women’s locker room has the women’s holding cell inside it.”

“There are no shower facilities available,” stated Secatore. “Currently, we do not have any female officers and need to plan for that. For its size, it is currently at capacity with the number of women that are employed. It is not a best practice to have a holding cell commingled with an employee private area. Similar to other areas of the station, it is undersized and utilized for more than one function. In this case, the two uses are not compatible, whereas using an office for two functions is not ideal but can be done.”

If the women’s holding cell is occupied, Caponigro said the three female dispatchers “need to find a different area to use.”

“We really don’t have that area,” said Caponigro.

“We have one bathroom at South Station that has to be shared by both men and women,” said Wallace. “At Fire Headquarters, the women’s restroom is essentially a closet that we converted into a bathroom.”

Firefighter/EMT David Marengi said an office at Fire Headquarters has been converted into a bunkroom that is shared by both male and female firefighters who work overnight.

“There are carcinogens that sit within our fire gear that sits on the apparatus floor,” said Wallace. “When we back our diesel trucks into our fire stations and we take that gear off, the carcinogens from the truck or the event we where just at are all over our clothes. We take those clothes and hang them up on the walls surrounding where the fire trucks are parked.”

“Our personal protective equipment hangs on the walls with all of the fire apparatus in the middle,” said Marengi. “We wash that gear in the same space that it is getting contaminated in. We do everything we can as brothers and sisters to keep our space safe.”

Marengi recalled that firefighters have to conduct safety inspections for new homes.

“If we saw some of the stuff that is in the fire station every day in those homes, they wouldn’t be passing inspection,” said Margeni.

“Something definitely has to happen in town,” said Marengi. “Public safety and the schools are the reasons why people come to town. I think it is a reflection of who we are, and it’s a necessity that we need to focus on.”

In response to a question from Dolan, Wallace said the Fire Department needs two stations.

“In order to use the handicap ramp to get into Town Hall, someone would have to almost walk a football field around the building to get to the ramp by the Police Station,” said Dolan. “It is absolutely crazy. It’s not only the town’s responsibility to provide access to everyone; it’s the law. The only reason why we haven’t done it is because we have been grandfathered in.”