Victory over Stoneham has field hockey 3-1 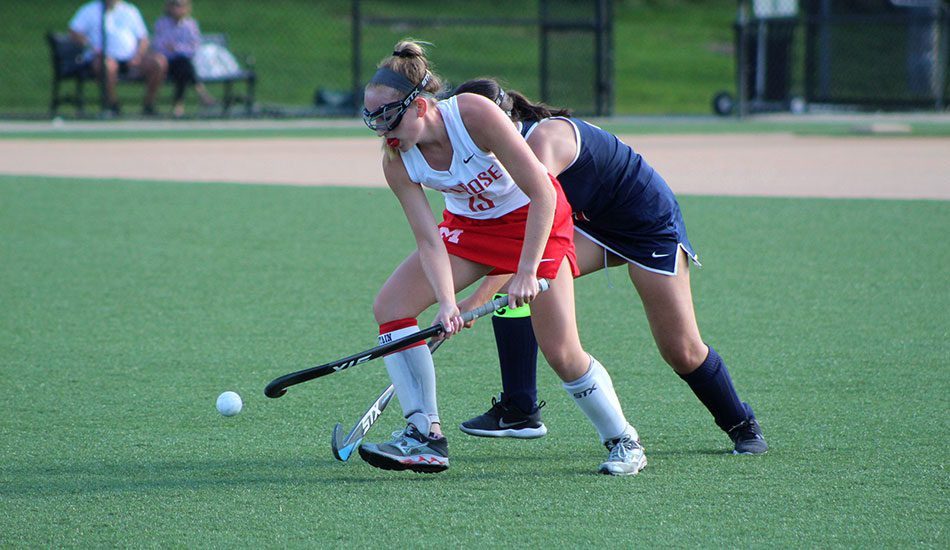 MELROSE—Look out for this team.

The Melrose High field hockey team is off to a strong 3-1 start with recent wins over Woburn and Stoneham that have them sitting nicely at 1-0 within the Middlesex League. On Tuesday, Melrose hosted Stoneham at Pine Banks and battled to a 5-0 victory shutout over the Spartans. Their sole loss of the season comes at the hands of Belmont.

Four games into the season, new Melrose head coach Claire Grogan sees lots she likes with this squad. “It’s been great seeing returning varsity players settle into big roles as leaders on and off the field,” she says. “I think this group does a great job to be one team rather than two separate and it’s been great to see their communication and energy increase week after week. A big strength is our fitness and our vision.”

It’s been a super charged week for Melrose, who on Monday, Sept. 13 battled to a thrilling 3-2 win over Woburn at Pine Banks. “It sounded very competitive and gripping,” reports the coach.

Melrose scored courtesy of Kalina Piasecki (2 goals, 1 assist) and a goal and assist by junior captain Meghan Maher. Melrose had a fast start but the Tanners proved a tough foe in the second half. “We struggled to keep possession and Woburn did a great job capitalizing in the second half,” says Grogan. “They played with a lot of energy and it really worked in their favor. This game really showed us we needed to focus on our second half play too.”

Defensively, Melrose has held their own. Goalie Layla Szymczak earned the shutout at the net and helped limit Woburn to just two goals. Says Grogan, “Layla is settling in as varsity goalie this season and her communication and confidence improves each week.”

Creating a large impact on defense is senior captain Caeleigh Corolla, who has an impressive presense in the backfield. “Caeleigh has has stepped up huge,” says her coach. “She’s always been a steady player but I think this year especially she’s playing with confidence and it’s showing in her strong ball control and communication.”

She also points to the efforts of Lindsay Teeven. “She’s a very reliable backfielder in the center. She’s such a hard worker and improves game after game,” says Grogan.

Offensively, it’s been lights out from Kalina Piasecki. Says Grogan, “Kalina is our high scorer right now for sure. She brings so much to our play on both sides of the ball.”

Junior captain Meghan Maher has also been a consistent scorer. “Meghan scored our only goal in Belmont. That was important for us to finish one. It was no surprise it was Meg,” says her coach.

And look out for freshman upstart Alex Zaino, who was brought up to varsity this week and has already made her impact. Reports Grogan, “She scored three goals on Tuesday against Stoneham. We are so excited about her!” In the victory against the Spartans, Melrose also relied on goals from Bridget Price and Kalina Piasecki.

Melrose will continue with Middlesex “Small” play and going into it with a 3-1 record feels great. They will experience the beast that is Watertown this week before traveling to Arlington on Saturday and hosting Wakefield at 6:30 p.m. at Fred Green field. Fans are encouraged to come see the team in one of their few “on campus” games under the lights against a noted rival.