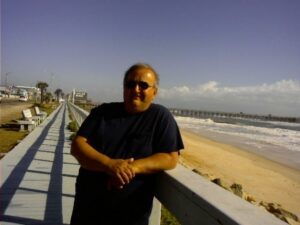 Lived life on his own terms, had a larger than life personality

Jerry was born on July 23, 1941 in Clinton and was a proud graduate of Notre Dame Academy and Clark University. Jerry is a man who wore many hats. His intelligence led him to a career in science working with a team to develop and enhance female contraceptives in the form of a pill, which landed him a feature in TIME magazine. Jerry’s charismatic personality and brilliant business mind allowed him to open one of the first Century 21 offices in Mass., and he later owned and operated Pleasant Valley Associates with his mother, Rose. The job that he loved the most was taking care of the people that he loved, his family.

Jerry raised his children in Marlboro and later in life moved to Melrose where he lived his remaining years with his wife Betty. Jerry is wildly popular in his building, making friends with all by always offering a helping hand, sage advice, or playing the piano to entertain the other tenants.

Jerry enjoyed spending time with his family, laughing with his wife, traveling, visits with his daughters, finding new restaurants for lunch, a casual poker game and meeting with “the guys”, who were lifelong friends. The best times for Jerry were spent watching SpongeBob SquarePants with his grandson, Brendan.

Jerry lived his life on his own terms, a giant teddy bear in a sometimes gruff exterior, loving with all he had. Jerry’s heart was as big as his laugh, which is why he is so beloved by all who knew him. It was once said that “Aces are larger than life and greater than mountains.” Jerry was our Ace. His larger than life personality will be greatly missed.

A celebration of life will be held later in the year. Donations may be made in Jerry’s name to The American Heart Association at www.heart.org.