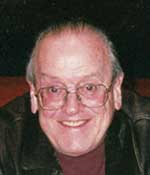 Michael was born in Boston, raised in Medford and a graduate of Medford High School, Class of 1955. He resided in Medford until 1995 and Melrose for the past 21 years.

Michael worked for Raytheon for over 44 years before his retirement at the age of 62 and also at Kelly’s Roast Beef for over 30 years. He enjoyed traveling to Alaska, Myrtle Beach, Florida and his annual family vacations.

Michael was a very hard worker and his family was the most important part of his life.

He was the beloved husband of Donna M. (Walsh) Burke for 56 years. He was the loving father of Theresa M. Sears and her husband John of Danvers, Michael P. Burke, Sean P. Burke and his wife Donna, all of Andover, Kellyan Burke and Jason M. Burke and his wife Tracey, all of Melrose. He was the caring brother of the late William, John and Edmund Burke. He was the brother-in-law of Carol Hynes of Medford and Patricia Burke of Pennsylvania. He is also survived by 11 grandchildren, many nieces and nephews and his special four legged friend “Ernie.”