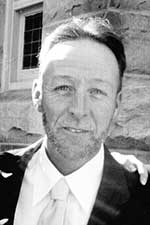 Michael was born in Melrose, raised in Wakefield and a graduate of the Northeast Metropolitan Regional Vocational School in Wakefield, Class of 1976. He was a very hard worker and worked as a carpenter for the Carpenters Union Local 33 for over 20 years.

Mike was very sociable and everybody liked him. He was a lifelong Wakefield resident.