MELROSE — Someone reportedly attempted to pass six phony $20 bills at the Shaw’s supermarket on Monday, May 23, without success.

Sometime before 11:20 a.m., an African American man wearing a long sleeved shirt and baseball hat tried to buy a gift card and a birthday card at the store, a witness said. A clerk used a specially-designed marker to swipe two of the bills, both of which came up as not real. When the suspect was told this, he grabbed the rest of the bills and left the store.

Police are utilizing surveillance video in their investigation.

A home in the 200 block of Main Street was broken into sometime during the day on May 23. Police said the homeowner reported several tablet computers missing, as well as cash, jewelry and a flat screen TV.

The home was entered through a rear corner door, police said.

They continue to investigate.

A man determined to be homeless was told to stay out of Shaw’s supermarket around 6 p.m. on May 23. Business representatives believe he is responsible for shoplifting several bottles of vanilla extract from market shelves over recent weeks, as well as a half pound of bologna.

On Sunday night, May 29, around 9:05 p.m., a 61 year old East Street woman was charged with second offense operating under the influence of liquor.

Police went the another East Street address and learned that Ruth M. Cullen, 66 East St., had pulled into her neighbor’s driveway and truck a snow plow blade and part of a garage with her vehicle.

Based on observations and interviews, police arrested Cullen, who was at the scene and being treated for an injury when officer arrived.

Following are examples of other types of calls police answered between Monday, May 23, and Sunday, May 29.

• Police went to the Emergency Room area of Melrose-Wakefield Hospital around 12:25 p.m. after being told staff members were having problems with a patient. The patient was taken to Malden.

• A motor vehicle was reported stolen on Berwick Street around 3 p.m.

• A motor vehicle accident was reported on the Lynn Fells Parkway at Melrose Street around 4:20 p.m.

• A company sign was reportedly stolen from the front lawn of a School Street home sometime before 7:30 p.m.

• A Berwick Street resident reported someone was outside his home ringing the doorbells of several other apartments around 2:15 a.m.

• A canoe was reportedly stolen from a Swains Pond Avenue home sometime before 9 a.m.

• A DPW truck was reportedly causing some traffic problems at the corner of West Wyoming Avenue and Whittier Street around 11 a.m.

• A German shepherd was reportedly running around in the 1100 block of Franklin Street around 2:40 p.m. Police said they were unable to locate the dog.

• A fight was reported on Green Street around 9:35 p.m. It turned out to be a couple hugging, police said.

• A woman broke her wrist at the Towers Condominium complex on Melrose Street around 2:25 a.m.

• Vehicles were entered overnight on Carlida Road and Howard Street, police were told beginning around 8:40 a.m.

• A man said to appear under the influence of alcohol was reportedly bothering pedestrians in the area of West Foster Street and Main Street around 2:25 p.m. He was taken to the Oak Grove MBTA station.

• A Parker Street resident reported being the victim of fraud around 4 p.m.

• Vandalism was reported on Hurd Street round 7 p.m.

• A black wallet with a gold zipper was reportedly lost at Shaw’s supermarket sometime before 8:27 a.m. The owner was advised to contact banks and credit card companies about the loss.

• An incident of road rage was reported on Sixth Street around 12:10 p.m.

• A person overdosed in a Pleasant Street apartment. Narcan was used around 4:10 p.m. and the victim was taken to the hosptial.

• A revolver with ammunition was turned into police by a Nason Drive resident around 6:15 p.m.

• A dog was reportedly left in a car with all the windows rolled up near Memorial Hall around 7:15 p.m. The owner was located.

• A car window was reportedly broken on Lebanon Street sometime before 6:50 a.m.

• A dog was struck and killed at the corner of Upham Street and Wildwood Road around 10:15 a.m.

• A West Emerson Street resident reported either the loss or theft of a firearm around 12:50 p.m.

• Police fielded several calls about an injured young goose at the intersection of Main and West Emerson streets around 3:10 p.m.

• A loud house party was reported in the area of Upham Street and Simonds Road around 11:45 p.m.

• A Grove Street resident said water was backing up in his basement around 9:20 p.m.

• A bag with a computer in it was found near the main entrance of 180 Green St. around 11:30 p.m. It was brought to police headquarters.

• A loud party was reported on Meadowview Road around 11:40 p.m. The residents said they would quiet down for the night. 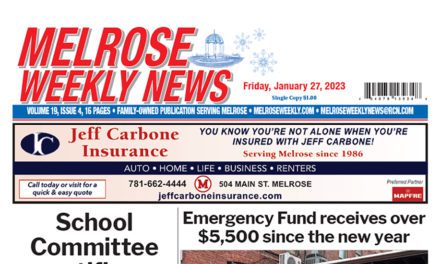