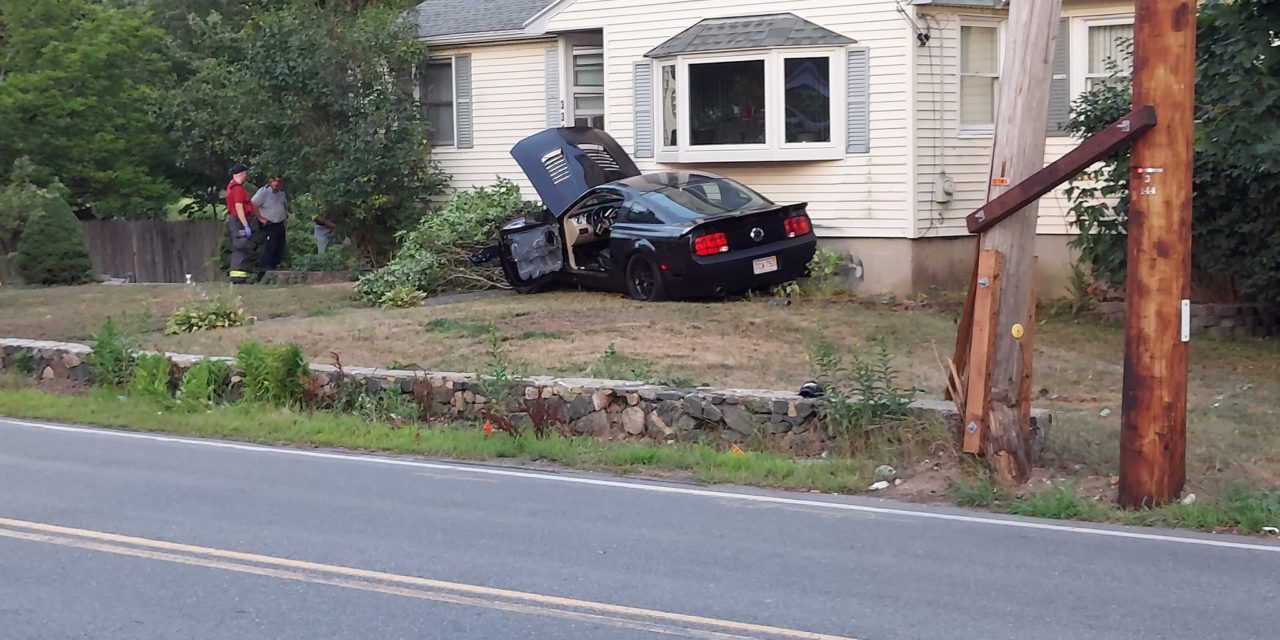 THE OPERATOR of this 2007 Ford Mustang which crashed into the home at 334 Park St. Monday at 7 p.m. died upon arrival at the hospital. David Lopilato, 63, of North Reading and East Boston, was the sole occupant. The cause of the crash remains under investigation. (Dave Richards Photo)

At approximately 7 p.m., North Reading Police and Fire responded to a report of a single-vehicle crash at 334 Park St. Upon arrival, first responders found that a 2007 Ford Mustang had crashed into the single-family residence.

The owner of the Mustang, 63-year-old David Lopilato of North Reading and East Boston, was the sole occupant of the car at the time of the crash. He was transported by the North Reading Fire Department ambulance to an area hospital where he was pronounced deceased upon arrival.

There were no other injuries as a result of this crash. The home sustained minor damage but was deemed safe.
According to Fire Chief Don Stats, “the vehicle struck the house in the area of the gas meter which National Grid made safe after the residence and outside area of the home were monitored by the Fire Department.”

The crash remains under investigation by the North Reading Police Department in conjunction with the Middlesex District Attorney’s Office and the Massachusetts State Police Collision Analysis and Reconstruction Section.