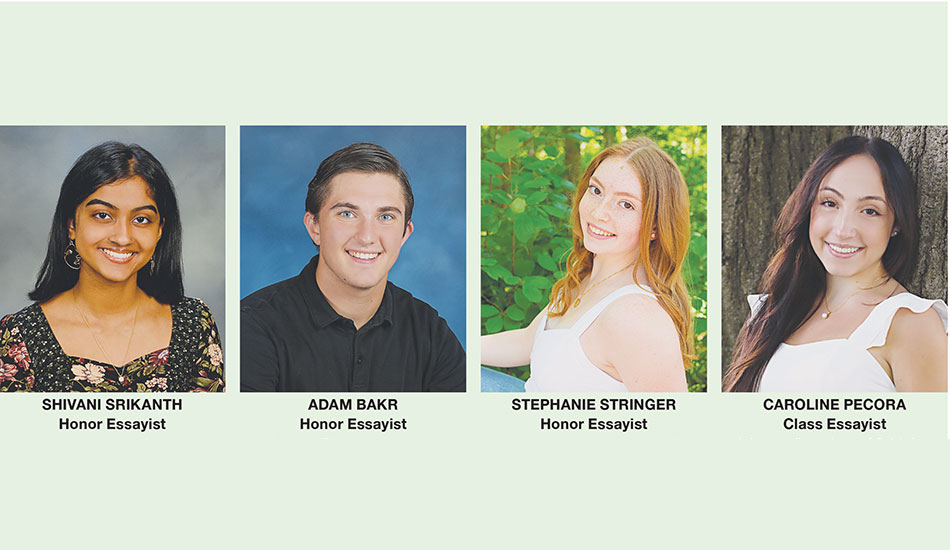 NORTH READING — Traditional Commencement exercises for the 65th class to graduate from North Reading High School will be held on Friday, June 10 at 6:15 p.m.

All are welcome to attend the outdoor ceremony held at Arthur J. Kenney Field to celebrate all that these soon-to-be-graduates have accomplished despite their education being interrupted by the pandemic mid-way through their sophomore year. (In the event of inclement weather, the ceremony will be moved indoors, with admittance by ticket only, which were distributed to class members in advance.)

The outdoor ceremony will begin with a procession of the graduating seniors, led by Class Marshals Rose Morelli and Tyler Craig. They will assemble in the gymnasium for photographs with classmates and then walk to the turf field down Jon Bernard Way to the traditional graduation processional, “Pomp and Circumstance,” performed by the NRHS Concert Band, under the direction of Ben Owens, and will be seated together.

The band, together with the internationally renowned NRHS a cappella group, NOTEorious, will then perform “The Star-Spangled Banner.”

The graduation ceremony is the culmination of the Senior Week activities for the Class of 2022, which included a Senior Prom on Wednesday night at the Danversport Yacht Club, preceded by a grand march at NRHS; Sports Awards Night on Tuesday, and being presented with their yearbooks at a class party on Monday. 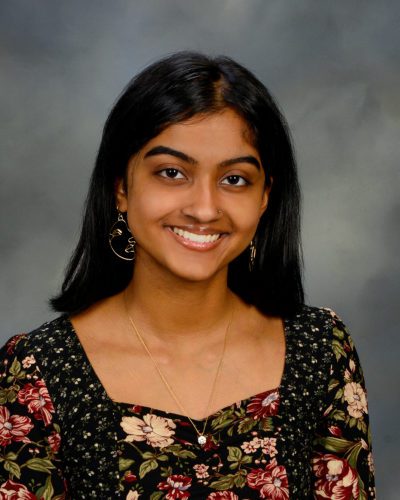 Shivani (Shivi) Srikanth has chosen to attend Harvard University in the fall after also considering offers from Stanford and Dartmouth. Ultimately it was Harvard’s culture of social justice that tipped the scales toward the Crimson for her.

Shivi plans to double major between some form of engineering and government or public policy with the goal of using engineering “as a tool for minorities and uplifting the needs of minorities rather than using it as a tool for entrepreneurship. That was the big split I saw at Harvard versus Stanford.”

She is excited to pursue a field called compassionate design. “It integrates technology, racial justice and social justice into a single field where you’re building products and developing programs that are specifically tailored to the needs of the various minorities,” she said. This is done by bringing minorities on board to help design the product or developing the product yourself to address the needs of your own community.

A member of the National Honor Society, she is the daughter of Ayikudy Srikanth and Sheela Sethuraman.

“It has been amazing to grow up in North Reading and have the opportunities that the schools have afforded me.

Through my high school journey Dr. Daly, Mr. Loprete and Mr. Hehn and all of the staff and teachers have been so supportive of everything I have wanted to do,” Shivi said. This includes starting the Social Activism Club at the high school in 2020 with friends, for which she now serves as president, and creating “WEinnov8” in 2019.

WEinnov8 “is a curriculum I developed around engineering education. It is focused on teaching girls of color in underserved communities engineering and engineering skills. It is tailored around the life experiences of girls of color and how they can utilize engineering through a lens that they’re comfortable with.” NRHS engineering teacher Mr. Reddington helped her develop some ideas and her course was adopted by the national organization, Girls Inc., which she has taught at the Lynn branch for the last two summers and plans to return this summer.

“It is really exciting to combine my two passions for social justice and engineering and diffuse it into one space where I feel I am making an impact in some way,” she said. 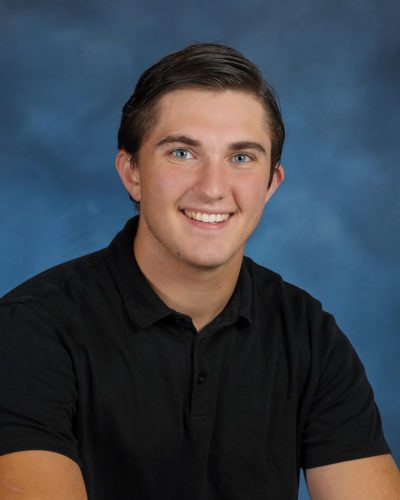 Adam Bakr is the Vice President of the Class of 2022. The son of Jennifer and Adam Bakr, he will be attending Georgia Tech where he will major in mechanical engineering with a possible double major in environmental engineering.

“I’ve always been really interested in entrepreneurship and to visualize and see my impact on the world come to fruition. One area I have become interested in is sustainable transportation. Not just electric cars but reinventing transportation in the country. I am really interested in trains. If I start a career in the engineering field, maybe to make a bigger impact to go into politics afterwards. I am glad Congress finally passed this infrastructure bill,” he said.

Adam played sports throughout high school, including four years of baseball and football, mixing in some basketball and wrestling. He had been an offensive tackle on the football team but unfortunately, a concussion in a scrimmage at the start of senior year sidelined him for the rest of last season.

As a class officer he was happy to play a role helping to organize Senior Week activities for his classmates. He was a board member of SLAM and also served as President of the National Honor Society.

During COVID, Bakr and a few of his friends worked with Youth Services Director Jen Ford and former youth services librarian Danielle Masterson, at the Flint Memorial Library, to create an “online language learning program directed toward elementary school kids, from kindergarten to fifth grade. We had Spanish and French; it ran through December of last year but it became tough to keep going after remote learning ended.” 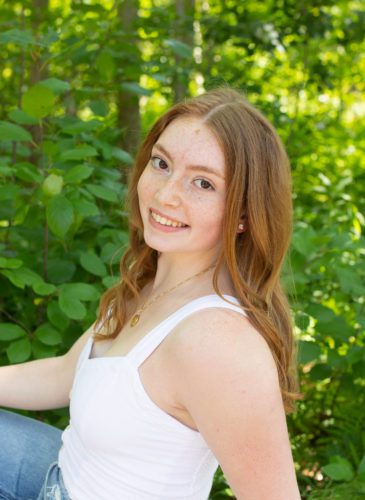 Stephanie Stringer is the daughter of John and Allison Stringer. She will be attending the University of Connecticut at Storrs in the fall where she will pursue a major in nutritional sciences on a pre-med track and a goal of becoming a pediatrician.

“I have wanted to go to med school for a very long time. It has been a childhood dream. The reason I want to major in nutrition rather than bio, which is the typical route, is because I have an autoimmune disorder so I have had many experiences with doctors and I found that nutrition has been a very important aspect of treating my autoimmune disease, and also because in med school doctors don’t get a lot of education in nutrition, which is very important,” she believes.

Stephanie adds that she also views internal medicine as an important field. “I have found a lot of success with medications too.” She’s up for the challenge of the many years of school ahead of her.

At NRHS she was a member of the cross-country team in the fall. She also was active in SLAM (Student Leadership and Mentoring) sophomore through senior year, serving as a board member as a senior to help facilitate the activities.

She was active in Student Council through this past January and previously was a member of the Red Cross Club and Team Cure, which creates care packages for pediatric cancer patients. She is also a member of the National Honor Society. Outside of school she has been active in dance since the age of three, through the North Reading School of Ballet, including ballet, tap, jazz, modern and lyrical. She had two solos in her final recital recently. 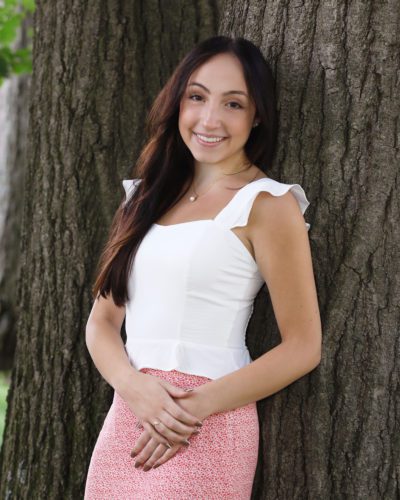 Caroline Pecora, whose essay was selected in a competition judged by the school’s faculty, will deliver the Class Essay at commencement. The daughter of Jack and Kristine Pecora, she will be attending the University of Maryland where she is excited to be majoring in journalism next fall.

“The program for journalism at Maryland is outstanding. They have a whole college just for journalism,” she said. “They have so many avenues to explore, including investigative journalism and broadcast journalism. I am excited to try out a bunch and figure out which one fits me the best.”

At NRHS Caroline was a member of the Social Activism Club, the EcoTeam and the National Honor Society. Her main passion has always been dance and she has been a member of The Dancing School in North Reading since kindergarten where she has studied ballet, jazz, contemporary, and musical theater. She recently had her final recital.

Principal Anthony J. Loprete will deliver the welcome address and opening remarks, followed by an address to the graduates by Superintendent of Schools Dr. Patrick C. Daly.

“Light On,” by Maggie Rogers will be sung by the NRHS Chorus, under the direction of Allison Kane, and feature senior soloists Kathleen Leach, Edward McNeil IV and John Pruisken.

Student speeches by the three honor essayists will follow. The NRHS Concert Band will then perform “Viva!” prior to Caroline Pecora delivering the class essay.

The announcement of numerous scholarship awards will be made by Principal Anthony J. Loprete.

Next week, the Transcript will publish its traditional keepsake graduation supplement, including extensive photo coverage, speeches by the students and administrators, and scholarship awards.