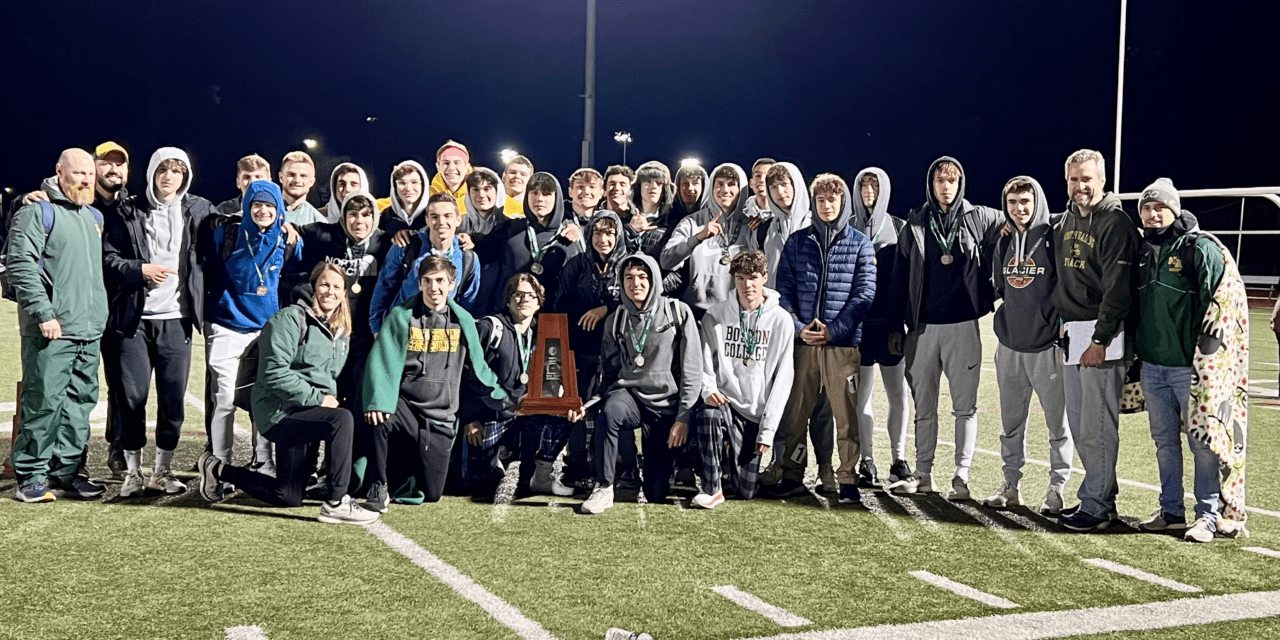 SANDWICH — The NRHS boys’ spring track team continued their strong campaign on Friday at Sandwich High as they topped all other schools in Division 5 in Massachusetts by taking home the state relay championship trophy with a top score of 72 points, 12 points ahead of runner-up Middleboro.

“This was one we really wanted to go after,” said Hornets head coach Ryan Spinney. “The boys targeted this one from day one of the season and we could not have had a better day. We placed in 12 of 14 events, including two 1st’s, four 2nd’s and a 3rd. When you have that type of success, it makes you hard to compete with. The boys didn’t let up at all, they wanted this one and they earned it.

“Team depth is the true measure of success with the relay meet. You can’t win this event with a handful of talented athletes, you need a true team effort to win something like this and we are very proud of how the team stepped up as a group today to achieve this special honor.”

The Distance Medley team, which consisted of four differing leg lengths also took home a 1st place finish as Nick Fabrizio (1200), John Jennings (400), Michael Hemme (800) and Aidan Nadeau (1600) finished in a time of 11:21.66, only five seconds off the school record.

“Both of these relays really set a tone for us as they stepped up big time,” said Spinney. “Casey and Aidan really anchored these teams to strong efforts with their best performances of the season.”

The second place finishes came in fast and furious to help the Hornets increase their lead in the team score. The 4×200 Meter Relay of Alex Carpenter, Quinn Riesenberg, Caleb Sands and Will Batten cruised to a second place finish with a time of 1:35.50.

The Shuttle Hurdle A team took third place in a time of 1:10.37 and the team consisted of Spencer Beane, Jake Mikulski, John Jennings and Brandon Eng. The B team in the event took 6th and that was an all-freshman team of Kaio Pancini, Torin Nickerson, Michael Mahoney and Nicholas Johnson who finished with a time of 1:21.98. 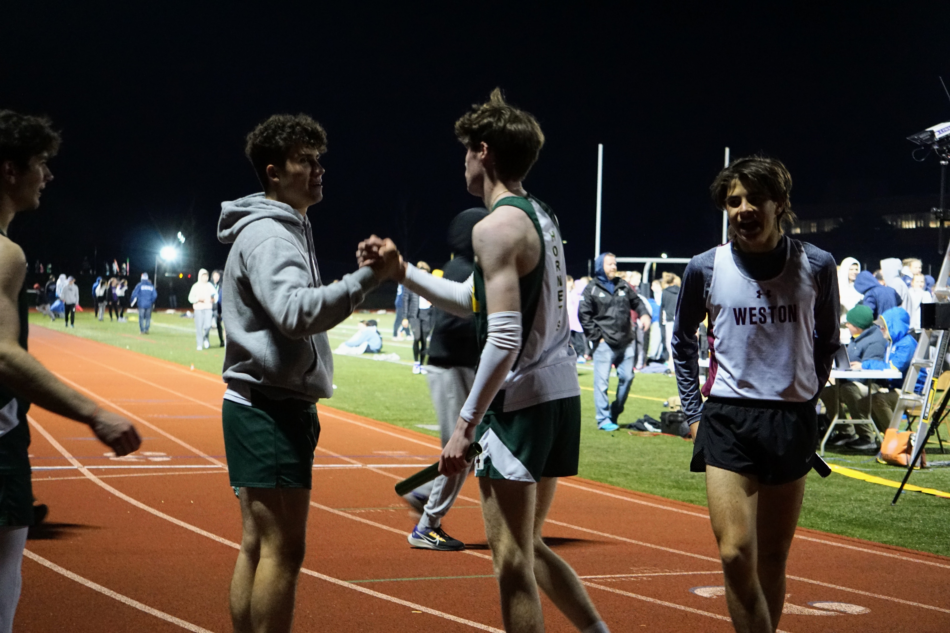 Rounding out the Hornet scorers were fifth place finishers in the Javelin and High Jump and a sixth place finish in the 4×100 Meter Relay.

The 4×100 Meter Relay ran 46.26 and consisted of Alex Carpenter, Quinn Riesenberg, Caleb Sands and Will Batten.

It was a special night for the Hornets that will certainly not be forgotten.

Beat Pentucket to set up league title clash vs. Clippers

The Hornets scored an impressive 100-45 victory over Pentucket on April 26 to move their regular season record to 5-0 in the Cape Ann League. This win sets the stage for a “winner take all,” battle with Newburyport, who is also 5-0 for the CAL Kinney title this spring.

The Hornet attack was dominant as they won 14 out of 17 events on the day and easily outdistanced themselves from a traditionally strong Pentucket squad.

“This was an important meet for us to set the table for our meet with Newburyport,” said Spinney. “We needed a strong performance today and the team delivered. Next week will be a fun one for us and if we get it our best, we have a shot to win the meet.”

The Hornets and Clippers will meet on Friday, May 6 at 4:45 p.m. at Fuller Field in Newburyport.