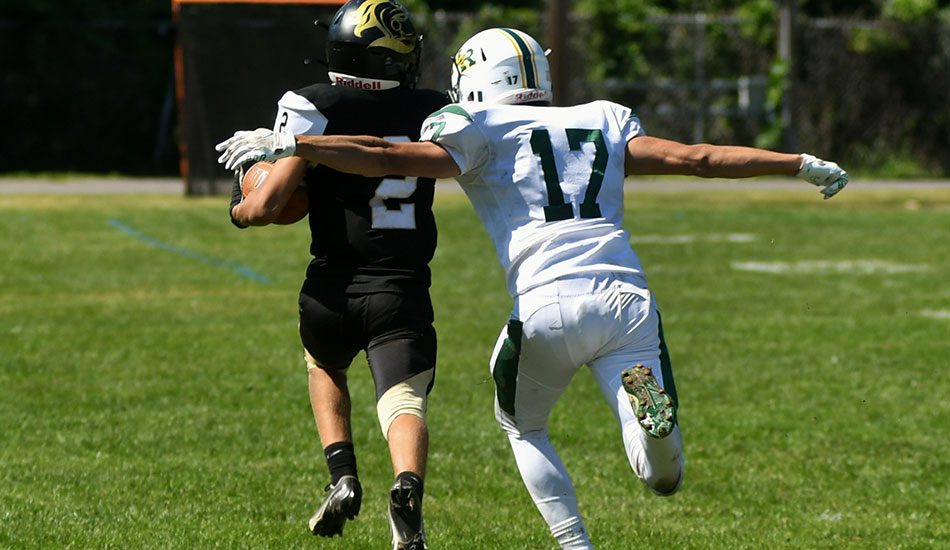 NORTH READING — Scores of parents, students, faculty and other spectators turned out Friday night for the highly-anticipated North Reading home-opener, all expecting to take in a competitive football game between a pair of non-league opponents. Instead, what broke out was a track meet on the part of the Hornets.

Each of North Reading’s five plays in the first half resulted in long scores and a 33-0 lead. Five possessions, five snaps, five TDs. This was one for the record books, indeed. The Hornets ultimately claimed a 46-9 win over Greater Lawrence which was no stranger to a blowout loss after suffering a 50-0 drubbing against Wakefield a week earlier.

“It was great to see our offense start a game like that and execute early,” said head coach Ed Blum, whose club improved to 2-0 on the young season. “It will certainly give the team added confidence and that’s what you’re looking for. Any time they start off strong like that and guys make plays, it’s a good thing.”

Making plays was junior QB Alex Carucci, who in the first quarter alone, found receivers for scores from 75, 48 and 35-yards and added a TD rush of his own for good measure.

“Every day in practice, we prioritize coming out fast and scoring on the first drive,” said Carucci, who was a phenomenal 4-of-4 passing for 173 yards. “That’s what we did tonight.”

On the first play of the game, Carucci put some air under a throw that settled into the waiting hands of receiver John Jennings, who had slipped undetected behind the Greater Lawrence secondary. Gathering the ball, Jennings lit off, handily winning the foot race over a pursuing defensive foursome for a go-ahead score.

Anthony Pino and Aidan Smith combined to force a fumble on the Reggie’s first possession. Carucci made quick work of the turnover, finding Ryan McCullough for a 35-yarder and a 13-0 lead. 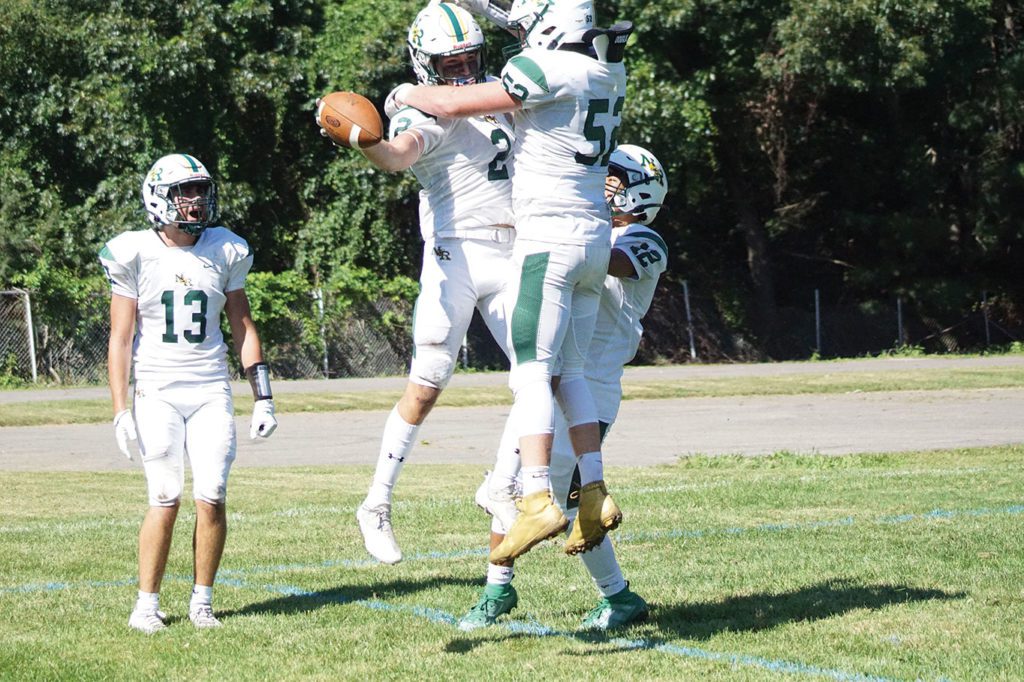 Greater Lawrence was three-and-out on their next series, partly due to Matt Guidebeck’s sack of QB Manuel Vasquez for a substantial yardage loss. On the ensuing punt, Andrew Powell knocked down the ball, scooped it, and ran it back to the 5. Carucci polished it off with a keeper, stretching the North Reading advantage to 20-0. Three snaps and three scores and only five minutes had elapsed.

But there was more to come. The Reggies enjoyed a brief spark, advancing 30 yards to near midfield on the efforts of tailback Agustin Reina. The drive soon stalled, however, and they relinquished the ball on downs. Carucci made good, lofting a 48-yard TD pass to Craig Rubino. As Guidebeck booted the PAT, the first quarter came to an end with North Reading firmly in front, 27-0.

The Hornet’s fifth play of the game featured sophomore tailback Will Batten shaking off a hand tackle at the line and racing 75 yards to daylight.

Greater Lawrence lost the services of Reina to a knee injury and sent in Javious Calderon who nearly snapped the shutout, gaining the red zone on a 50-yard rush. If not for Aidan Smith’s TD-saving ankle tackle, the Reggies would have put points on the board. As it was, Smith’s effort inspired his defensive mates. They withstood several plays inside the 10-yard-line and ended the threat when Shawn Connolly knocked down a Vasquez throw to a wide open receiver.

The Reggies temporarily quieted the boisterous crowd with third quarter points. First, they capitalized on one of the few North Reading miscues, picking up a safety when the ball sailed over Guidebeck’s head on a punt. He alertly swatted it deep, forfeiting 2-points instead of giving up 6. But minutes later, the audience was again voicing their approval when McCullough rocketed an 88-yard punt return for yet another score.

With 10:35 remaining, Rubino took a direct snap and scampered 62 yards for the TD, wrapping up the Hornet scoring.

The Reggies ended their touchdown drought when Vasquez found Jordy Ortega from the 2 with minutes left in the contest.

Despite the extraordinary offense, which has churned out 95 points in two outings, there is concern in the North Reading camp. While Northeast and Greater Lawrence floundered, Blum doesn’t anticipate that trend to continue as the Hornets delve into the heart of the Cape Ann League in the weeks ahead.

North Reading will next host Pentucket (2-0) Friday evening at 6 p.m. 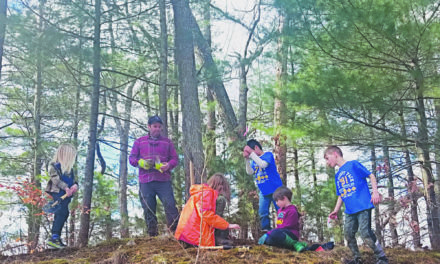 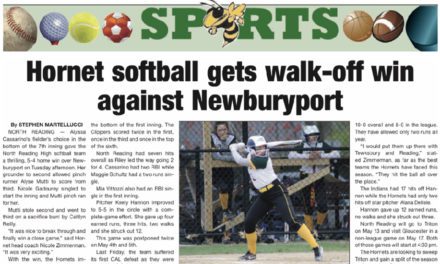 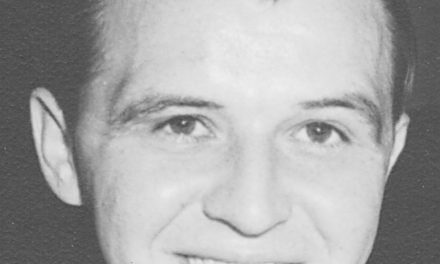