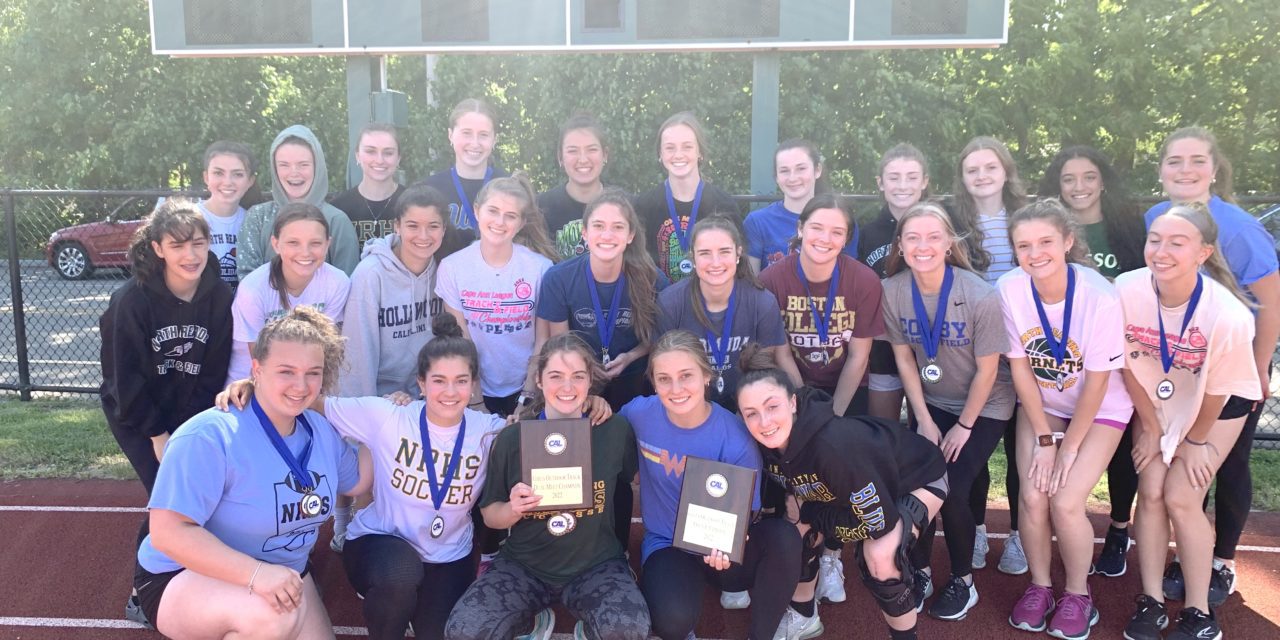 BYFIELD — The NRHS girls’ track and field team competed in a twilight meet setting at Triton Regional on Friday, May 20 against all eight teams in the Cape Ann League. The format of the meet includes 18 events: seven field events, eight track events and three track relay events where the top six performances score points as follows: (10-8-6-4-2-1).

The Hornets knew they were the favorites heading into the meet as they were undefeated in regular season competition but that they would get some good competition from both Newburyport and Pentucket and that they would likely need well over 100 points to win the meet. The team knew that showing up was not enough, that they would have to step up and excel in all events across the board and that is exactly what they did.

The Hornets won the gold medal in eight of the 18 events contested for 80 points and also earned one silver medal and six bronze medals for another 44 points. The Hornets added another 22 points with 4th, 5th and 6th place finishes across all events to bring the team total to 146 points, well ahead of second place Pentucket (111) and third place Newburyport (87.33). Triton (85.33), Ipswich (63.33), Lynnfield (40), Hamilton-Wenham (11) and Amesbury (10) rounded out the remaining team scores.

Giuliana Ligor led the team in scoring with two victories in the 400 Meter Hurdles (1:06.6) and 400 Meters (59.35). She wrapped up the season undefeated in the league in the 400m Hurdles as she is currently ranked first in Massachusetts in Division 5 and 2nd across all six divisions in the state. She also holds the school record in the event. Her victory in the 400 meters was vindication as the only loss she suffered this year on the track was to Colby Filosa in the 400 meters earlier in the season but this time she took the lead from Filosa in the final 100 meters of the race winning by .31 seconds. Ligor is currently ranked 5th all time in school history in the event. 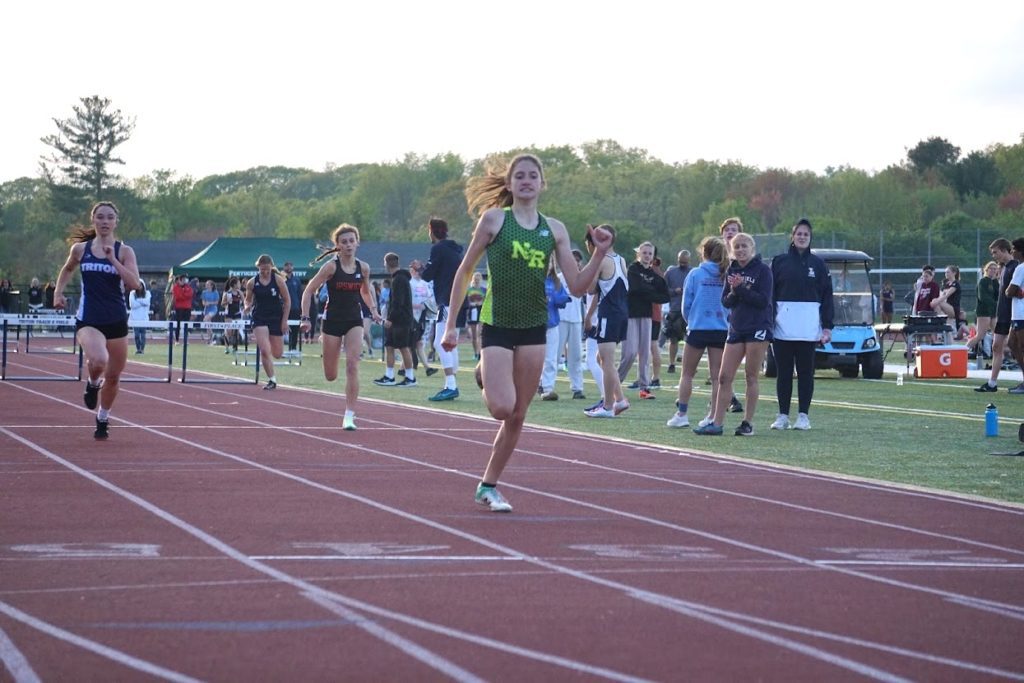 FRESHMAN GIULIANA LIGOR crosses the line in first for the 400 meter hurdles at Triton High in the CAL Open meet. Ligor also won the 400 meters. (NRHS Track and Field Photo)

Hayden MacLellan won the Pole Vault (9’0”) and Alyssa Demetri won the Javelin Throw (98’ 10”). Both were impressive performances as Hayden a freshman and Alyssa a senior are both in their first seasons of track and field.

The girls start their pursuit of a state championship this afternoon (Thursday, May 26) at Weston High School. It is a two day event which will begin Thursday and conclude on Saturday.