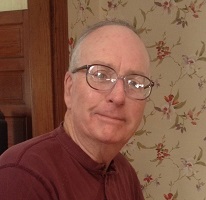 Member of the KofC in NR, played on several softball and hockey leagues

NORTH ANDOVER — Stephen J. Day, 78, of North Andover and formerly Reading, peacefully passed away at his home on April 21, 2022, surrounded by loved ones.

Stephen was born on January 26, 1944 to the late Francis and Mildred Day in Boston. He graduated from Reading High School in 1961 and he went on to study history at UMASS Amherst. After graduating, he landed his first job teaching at Medford High School where his vast knowledge of history and geography filled the minds of his students for 35 years. He also served in the United States Army Reserve from 1966-1972.

He married Cathleen (Tellier) Day in 1982 and together they have four daughters: Christine, Pamela, Kimberly and Elizabeth.

Stephen had many talents, hobbies, and passions. He was a dedicated member of the Knights of Columbus in North Reading. He played on several local softball and hockey leagues while also coaching softball for Medford High School and North Andover Booster League. He prided himself on his amateur meteorological skills, his ability to name almost any Top 100 Billboards hit before 1990, and his Fenway Park-inspired mowed lawn. He enjoyed playing golf with friends and never missed a chance to see his daughters play sports.

To send an online message of condolence please go to www.croswellfuneralhome.com.