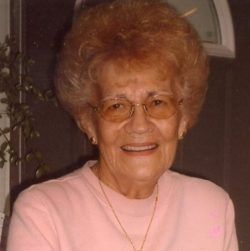 Will be remembered for her compassion and kindness

STONEHAM — Lorraine Rose Sheppard, 87, of Stoneham, formerly of Wakefield and North Reading, died Saturday, July 23, 2022 at the Care One in Wilmington.

Born in Melrose on January 30, 1935, she was the daughter of the late William H. and Mabel L. (Muse) McWhinnie.

Lorraine was a Wakefield native and a graduate of Wakefield High School. She had been employed by the former Electrical Instruments Corp. of Stoneham and had also worked as a waitress at the former Joe’s Restaurant of Wakefield while her children were in school.

She and her late husband, Bertram, were residents of Bradenton, Fla. for 10 years during their early retirement. The two eventually moved back north, first to North Reading and ultimately setting in Stoneham. Together they developed dear friendships at the community room at their Stoneham residence. Lorraine’s favorite hobby was journaling; she had an accounting for everything that happened in her life; much to the delight of her family. Her favorite place to visit was the Lighthouse in Maine. Lorraine will be remembered for her compassion and kindness.

She was the beloved wife of the late Bertram W. Sheppard, with whom she shared 66 wonderful years of marriage. She was the loving mother of Susan Bellavia and her husband Joe of The Villages, Fla.; Karen Sweetland and her late husband Brian of North Reading; Janice Keefe and her late husband Robert of Haverhill and the late Michael “Mickey” Sheppard. She is also survived by Joan (Rolli) Button, whom she thought of as a fourth daughter.

Her funeral service will be held in the McDonald Funeral Home, 19 Yale Ave., Wakefield, on Thursday, July 28 at 12 noon. Visitation for relatives and friends will be held prior to the service from 10 a.m.- 12 noon. Interment, Forest Glade Cemetery, Wakefield.

In lieu of flowers, donations in Lorraine’s name may be made to Care One Wilmington, 750 Woburn St., Wilmington, MA 01887.