A loving and devoted father who enjoyed running and camping 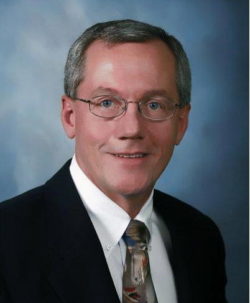 Stephen was born on December 11, 1957 to Joseph and Elizabeth Bailey in Passaic, N.J. and grew up in Upper Montclair, N.J. After graduating from Montclair High School in 1976 he attended Fairfield University in Connecticut where he earned a Bachelor of Science in Business Management in 1980. He also earned a Master of Science in Computer Information Systems from Bentley University in 1986.

After college Stephen moved to the Boston area and began a long career in Information Technology. During his career he worked for many companies including The Boston Company, Digital Equipment Corporation, and Edgewater Technology in Wakefield where he worked for 15 years and served as Vice President of the Financial Services Division.

Stephen resided and raised his family in Littleton and North Reading. He was a loving and devoted father who enjoyed running, hiking, camping, and being involved in his children’s sports teams and other extracurricular activities. He spent many years on the soccer and baseball fields coaching youth teams and was one of the original founders of the North Reading Youth Lacrosse League. He consistently volunteered for whatever was needed, cleaning the fields, raising money or just being there to support the town’s youth.

Stephen is predeceased by his parents, Joe and Liz. He leaves his children, Alexander and his wife Michelle and granddaughters Harper and Hannah of Crozet, Va.; Connor and his wife Jessica and grandson Jackson of Sterling, Va.; and Kerry and her fiance Michael Aronofsky of Tewksbury. He is also survived by his brothers, Michael of Hilton Head, S.C.; John of Fairlawn, N.J; and Paul and his wife Marci, of Rockport, formerly of North Reading. He leaves behind numerous nieces and nephews and the mother of his children, Carole, and her husband James of Wilmington.

A private memorial will be held at a later date.