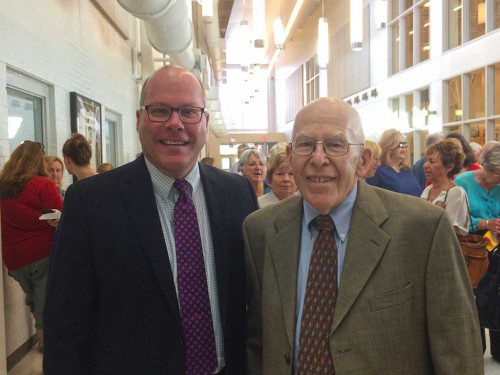 NORTH READING – For many years, students in North Reading knew Charlie Jones as a beloved social studies teacher and assistant principal who would lead many of them on cross-country trips during the summer months. Last week, the school district honored Jones by naming the corridor after him that connects the high school with the middle school. He retired in 2002.

People walking along the Charles E. Jones way will also see a commemorative plaque not far from the middle school main office that more completely lays out his contributions over a 38-year educational career. For example, Jones reportedly started the first Mock Trial program in the North Reading School District, and the plaque also notes that Jones would regularly introduce his students to judges, legislators, business owners and others to help them more completely understand government and the system. “Mr. Jones strongly believed that the world beyond the classroom was the refinement and reinforcement of all that was learned within the classroom,” states the plaque.

Before the ceremony, Jones told the Transcript that he was overwhelmed by the honor, as one well-wisher after the other came up to greet him.

On the cross-country trips that Mr. Jones and his wife Claudia would lead the students on as they were beginning their high school careers, the plaque notes that they stopped at dozens of the large western national parks on their adventures, as well as famous national historical sites and other places. To be eligible for these trips, students would reportedly agree to do chores at home and to keep themselves in good standing in class. For many of these students, it would be their first opportunity to step out of their comfort zones, noted School Committee Vice Chair Gerald Venezia.

At the dedication ceremony for the hallway last week, Superintendent of Schools Jon Bernard called Jones “a gentleman who has had a humble and profound impact on the lives of countless young people,” going on to praise his “desire to connect students to their world.” The location of the plaque was also cited as appropriate – the spot where the middle school meets the high school – given the role Jones reportedly played in helping the students make that jump from 8th to 9th grade.

Also introducing Jones to the gathering was Mark Favreau, who years ago was on one of those trips himself and who recalled discussions in Jones’ classes ranging from current events to Constitutional amendments to the Gettysburg Address.

“Our children need more heroes,” said Favreau. “Now we can rest assured that they will remember the name of one of North Reading’s finest.” 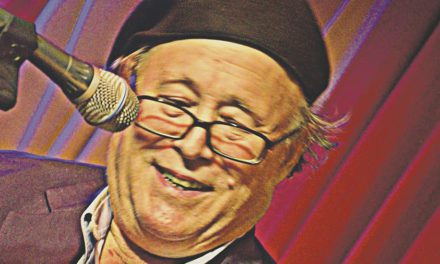 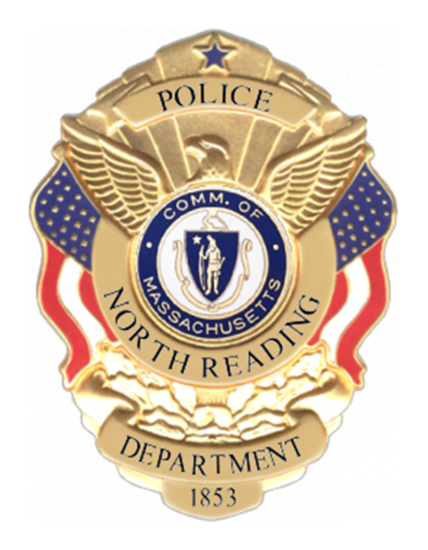 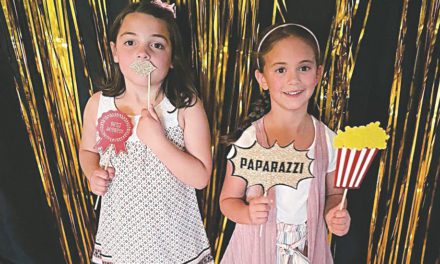