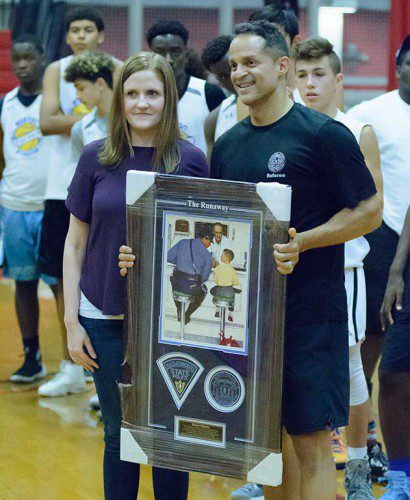 The tournament, which Olmedo helped organize in 2013, is held every year at the MIT Rockwell Gymnasium, and honors the lives of MIT Police Officer Sean A. Collier, Boston Police Officer Dennis “DJ” Simmonds and all of the victims of the Boston Marathon tragedy.

The tournament was also a family event complete with police and fire department vehicles on display for all to see, a police K-9 demo, an outdoor cookout, live DJ entertainment, food trucks and more.

The event raised over $6,500 to be donated to the Officer Sean A. Collier Memorial Fund.

The families of both Officer Simmonds and Collier were present to help support the event.