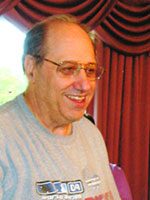 WALTHAM — Paul T. Shelley passed away at Excel Center for Nursing and Rehabilitation at Lexington on Sept. 16.

He was born in Cambridge on Aug.16, 1948, was raised in Brighton and graduated from Our Lady of Newton High School in 1966. Mr. Shelley entered the U.S. Air Force on Nov. 7, 1966 and served his country with pride during the Vietnam War. He graduated from University of Texas Tech and then went to work in sales. Paul later went on to own Metro West Taxi, a taxi and livery company for over 10 years.

Paul lived in Texas until 1974 and lived in Melrose from 1975-1989 before moving to Waltham. While living in Melrose, he coached baseball at Churchill American Little League and was an umpire in the Bay State League, the Intercity League and for Melrose Babe Ruth.

Paul was the loving father of Christopher P. Shelley and his wife Grace of Hudson, N.H.; and Jeffery A. Shelley of Shawnee, Kan. He was the beloved son of Lauretta (Boudrias) Shelley of Holden and the late Thomas Shelley. He was the proud grandfather of Laura, David, Jeffery Jr., Cassandra and Christopher Jr. He was the caring brother of Richard Shelley of Newton and uncle of Tae Breon Matthews.

Visitation was held at the Gately Funeral Home, 79 West Foster St., Melrose on Sunday, Sept. 20. A graveside service with military honors took place at the VA National Cemetery in Bourne on Monday, Sept. 21. In lieu of flowers memorial contributions may be made in Paul’s name to Alzheimer’s Research Association, 480 Pleasant St., Watertown MA 02472. To leave an online condolence please visit gatelyfh.com.