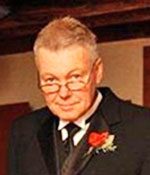 Phil was raised in Melrose, graduated from Melrose High School, Class of 1965 and lived most of his life in Melrose. He lived in Gloucester from 1991-2014 before moving back to Melrose. While living in Melrose Phil was a Melrose Youth Hockey coach and loved to play hockey.

Mr. Walsh was a self-employed contractor and owned and operated Philip Walsh Contracting for many years. Phil worked as the manager for the Peabody Car Wash for several years and then worked as a groundskeeper at Essex Country Club in Machester-By-The-Sea, a job he thoroughly enjoyed. He was an avid golfer, enjoyed playing at Mount Hood in Melrose, golf courses in the Gloucester area or where ever he could.

He was a devout Catholic, was a longtime member of St. Mary Church in Melrose and was very active at Sacred Heart Church in Manchester-By-The-Sea while he was living in Gloucester.

He was an excellent carpenter and could make or fix anything.

Phil was also a member of the Gloucester Elks and the Melrose Elks.

Mr. Walsh was the loving father of Meghan Walsh and her husband Richard Kirk of Melrose. He was the devoted son of Letitia A. (Winton) Walsh of Melrose and the late Patrick J. Walsh. He is also survived by numerous cousins and friends.

Burial at Wyoming Cemetery in Melrose.

Memorial contributions may be made in Phil’s name to St. Mary Church, 46 Myrtle St.,Melrose MA 02176. To send a message of condolence please visit www.gatelyfh.com.